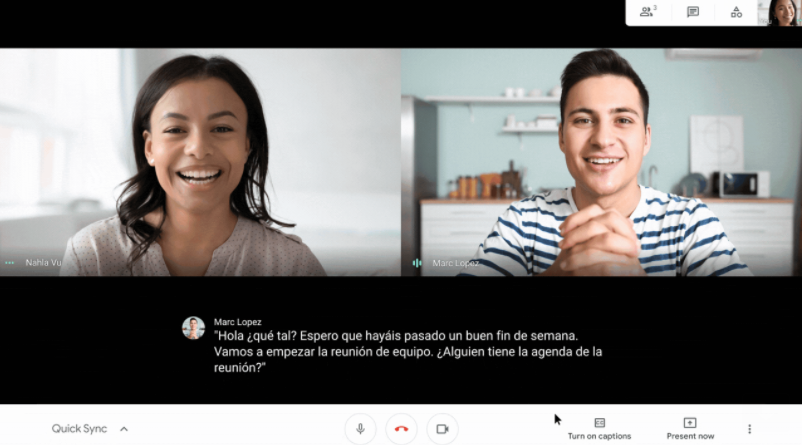 Google Meet, known as Google Hangouts prior to its rebranding earlier this year, has supported live captions in English since last year. The feature takes advantage of Google’s artificial intelligence-based speech-to-text technology to understand what’s beings said during a call and transcribe this as live captions during a video call. It’s ideal for anyone who is hard of hearing or deaf, or simply in a noisy environment and can’t hear the conversation properly.

“This year has marked a dramatic shift in how many of us work, learn and stay in touch with one another,” he said. “And as many of us learn to embrace remote tools and virtual communication for the first time, it’s incredibly important to have inclusive, accessible and fair virtual meetings.”

Nelson said the live caption feature is especially useful in education settings. It has proved itself to be an essential tool for students with learning disabilities, and also for non-native English speakers who’re learning the language. So by expanding live caption support to more languages, students will feel more empowered to participate in online classes, while teachers will appreciate sharing a space that’s more accessible and inclusive, he said.

The expanded live captions are just the latest update to Google Meet. Earlier in the year Google introduced a feature called “breakout rooms” designed to help teachers create dedicated spaces where they can host more focused discussions and track their students’ engagement with attendance reports.

Last month, Google added a countdown timer to breakout rooms that will help to keep all participants on task. It also created a new moderator request feature that enables meeting participants to call on the moderator if they have a question or need assistance. Google has also made its attendance reports data available for live streamed events, with more advanced settings that give admins and hosts better control over them.

Finally, Meet added a feature that adds a bit more realism to educational meetings, called “hand raising.” It enables meeting participants to indicate they have a question or would like to speak simply by raising their hand, much like they would do in a normal classroom. Google said that will help to increase participation without people interrupting each other.