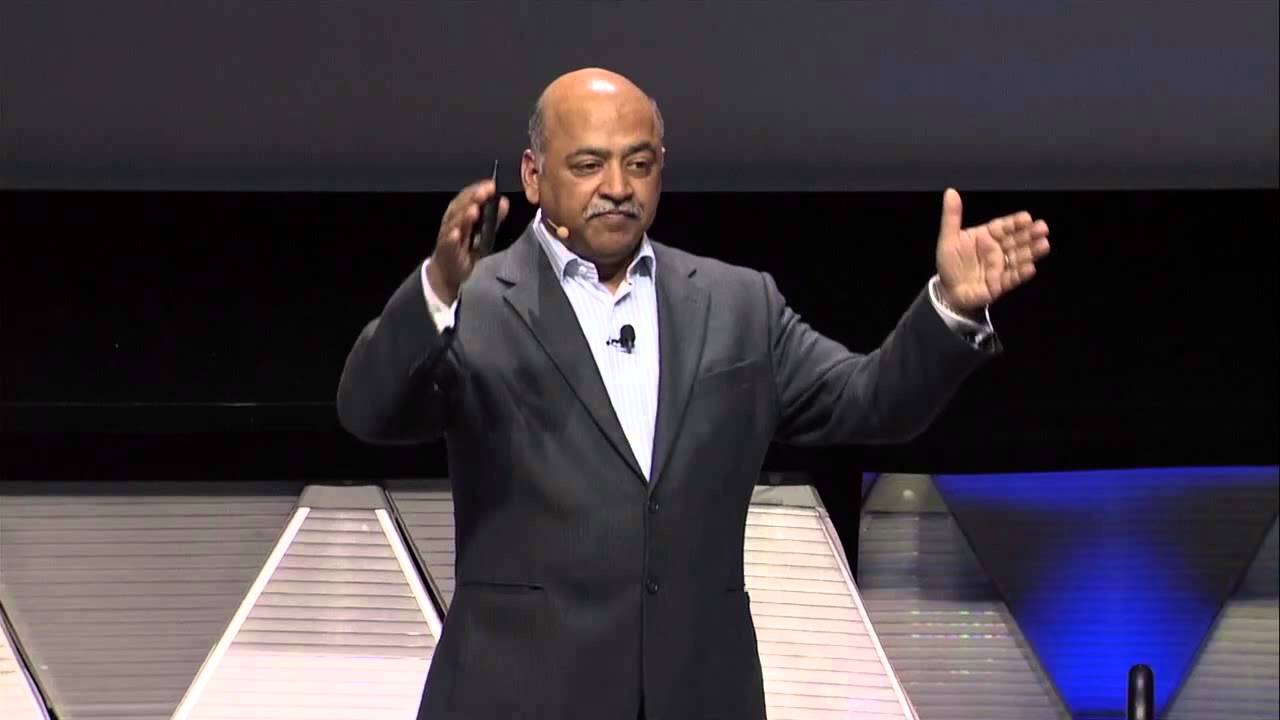 IBM surprises investors with return to growth in first quarter

After four consecutive quarters of revenue declines, IBM Corp. surprised investors today with 1% growth in quarterly revenue, sending its stock up more than 3% in after-hours trading and raising hopes that other technology giants could report similar surprises in the coming weeks.

Revenue rose to $17.73 billion from the same quarter a year ago and well ahead of analysts’ average estimate of $17.32 billion. Earnings per share of $1.77 also beat analysts’ estimate of $1.69.

The surprise was to some extent a matter of timing since revenues fell 2% when adjusted for constant currency. Still, any good financial news from IBM has been well received as of late and executives painted a bright picture of the upcoming quarter and the full year.

“We’re even more confident in the two key measures we put in place: revenue growth and cash flow,” said Chief Financial Officer James Kavanaugh. “We reiterated we will grow revenue overall for the year despite volatility and currency rates.”

“This is an excellent start to the year for the company that is all in on the cloud,” said Patrick Moorhead, president of Moor Insights & Strategy. “I think IBM’s best days are in front of it.”

Analysts who were hoping to gain new insight on the impending spinout of its $19 billion infrastructure services business were disappointed, as executives only reiterated their commitment to complete the deal by the end of the year. The new company, which will be called Kyndryl, consists largely of IBM’s existing Global Technology Services business.

Executives presented a generally upbeat picture of improving market conditions as COVID-19-related disruptions begin to subside. “The spend environment is improving overall compared to the fourth quarter,” said Chief Executive Arvind Krishna, while noting that localized pandemic-related lockdowns and supply chain disruptions continue to make forecasting difficult. “We see our clients accelerating their digital transformation, and as they do that our hybrid cloud piece comes to play very strongly.”

IBM has narrowed its strategic positioning under Krishna to a focus on hybrid cloud and artificial intelligence. The CEO called hybrid cloud a $1 trillion opportunity with less than 25% of workloads having moved to date. IBM said 3,000 clients are already using its hybrid cloud platform.

“The growth in IBM Cloud sales has to be especially gratifying, given the vital role it has in Krishna’s current strategy and future plans,” said Charles King, chief analyst at Pund-IT.

Systems revenue growth was led by the performance of the IBM Z mainframe line. Its sale growth of 49% was “very strong, especially six quarters into the product cycle,” Kavanaugh said. He said Z15 sales to date have now outpaced the performance of its predecessor Z14 platform.

The one dim spot in the report was a 1.5% revenue decline in Global Technology Services to $6.37 billion from $6.47 billion in the year-ago quarter. The figure still slightly beat Wall Street estimates but signings were down 27%.

Kavanaugh said the comparison of signings figures to a year ago was apples and oranges because the company closed two massive deals in the year-earlier period. “Not all signings are created equal,” he said. “We grew GTS signings north of 40% last year and we had another nice quarter of new [customers], which means we’re capturing new business despite the separation from Kyrndryl.”

Pund-IT analyst King agreed that the modest decline in GTS was no cause for concern. “It was considerably smaller than many expected,” he said. “That should be seen as good news for the Kyndryl spinoff.”

One reason GTS has prospered for so long is that it has responded objectively buyer needs, even if that meant buying non-IBM products, “a point that sometimes rankles the company’s hardware sales personnel,” King said. “However, IBM also gains additional value from those engagements as a trusted supplier when those same customers seek advice or solutions in areas apart from their GTS engagements. I doubt very much that Kyndryl will abandon that strategy.”