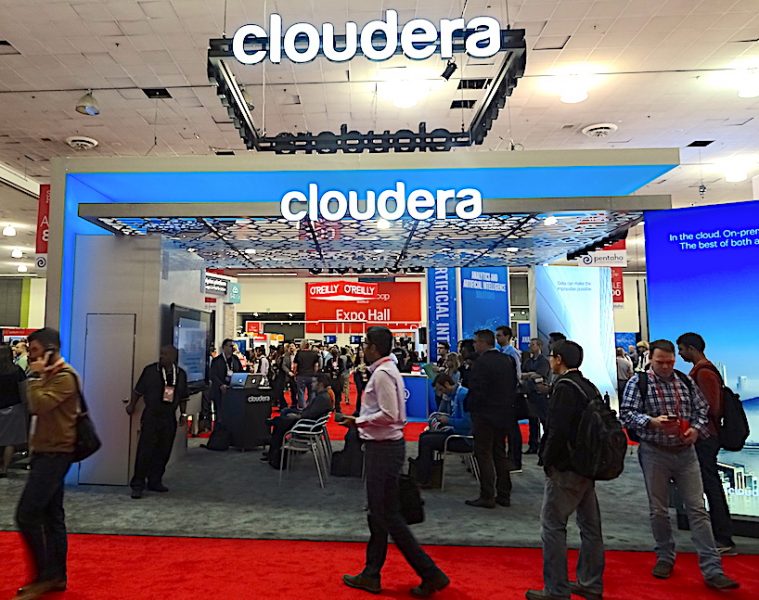 Private equity firms KKR & Co. and Clayton Dubilier & Rice LLC are close to a deal to acquire big-data specialist Cloudera Inc., according to a report today from The Wall Street Journal.

The Journal, quoting people familiar with the matter, says that the deal could be finalized by Tuesday, presuming that talks don’t collapse at the last minute. The terms of the deal are unknown. Cloudera as of the close of trading Friday had a market capitalization of $3.78 billion.

As with all private equity groups, both firms look to buy companies and then turn them around, whether through cost-cutting or reform, selling them for a profit. Sometimes they sell companies they have acquired to other private equity groups. For example, KKR sold Epicor Software Corp. in a $4.7 billion deal to Clayton Dubilier & Rice in August.

Should the deal go ahead as reported, it would take Cloudera private for the first time since the company went public through an initial public offering in 2017.

Cloudera shares have had a rocky run since their public debut and they are currently trading below their IPO price of $18.10. Shares in Cloudera peaked at $22.87 in June 2018 and have rarely come close since, briefly climbing to $18.99 in February. Cloudera’s share price was sitting at $12.86 at the close of regular trading on Friday.

Cloudera stock dropped 10% on March 10 after the company beat analysts’ expectations for its first-quarter earnings but reporting revenue guidance for the second quarter and full year far below expectations. That said, the company’s fundamentals aren’t that bad. Cloudera reported revenue of $869.3 million for its 2021 fiscal year, up 9% over the previous year, and adjusted profit per share in the first quarter of 15 cents per share, up 7% over the same quarter in 2020.

The deal also comes after activist investor Carl Icahn claimed two seats in the company after acquiring a 18.4% stake in Cloudera in 2019. Whether Icahn, who famously tried to block Dell Technology Inc.’s move to become a private company back in 2013, will support the proposed acquisition is unknown.