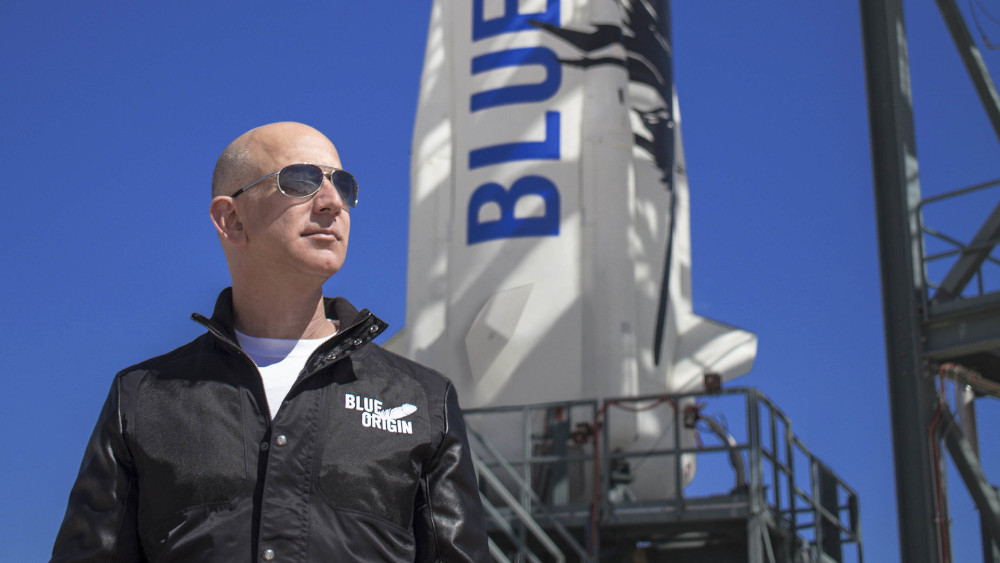 Jeff Bezos will fly to space on a Blue Origin rocket

Jeff Bezos will fly to space on July 20 aboard a rocket built by his space flight company, Blue Origin Federation LLC.

The Amazon.com Inc. founder, who announced the flight on Instagram, will be joined by his brother Mark Bezos and a third yet-undetermined passenger. Blue Origin is auctioning off the third seat aboard the rocket to raise money for charity.

“Ever since I was five years old, I’ve dreamed of traveling to space,” Bezos wrote on Instagram. “On July 20th, I will take that journey with my brother. The greatest adventure, with my best friend.”

The launch vehicle that will be taking the passengers to space is Blue Origin’s reusable New Shepard rocket. It can reach an altitude of more than 340,000 feet, then return to a designated landing point. To facilitate a smooth landing, the rocket slows its descent to a speed of five miles per hour with the help of braking systems that Blue Origin refers to as fins.

The passengers spend the trip in an environmentally controlled crew capsule. The capsule takes off with the rocket but detaches for the descent back to the Earth, using parachutes to slow its speed before returning to the surface. For safety purposes, the crew capsule has a small built-in rocket that functions as an escape system and can push it away from the main rocket on the flight upwards if there’s an issue.

New Shepard has gone through extensive safety testing. Bezos’ flight on July 20 will follow 15 successful earlier missions that saw Blue Origin launch New Shepard rockets to various altitudes without any passengers onboard. The escape system, in turn, has been successfully tested three times.

Bezos stated in 2017 that he was selling about $1 billion worth of stock annually to finance Blue Origin’s work. The space flight company’s operating costs will likely only increase as it ramps up flights and engineering activities. Blue Origin is currently developing a new, more powerful launch vehicle dubbed the New Glenn that it says will have twice the payload capacity of any existing rocket.

An even more ambitious target Blue Origin has set with the New Glenn project is building a first-stage rocket that can be reused 25 times. The first stage rocket is responsible for propelling a launch vehicle through the initial stretch of its flight.

New Glenn will also feature a second-phase rocket for carrying its payload from the edge of the atmosphere to higher altitudes. New Glenn’s two rockets will between them have a total of nine engines. The New Shepard rocket that is set to carry Bezos to orbit on July 20 has one engine.

Bezos’ scheduled flight is particularly notable because it will mark the very first crewed New Shepard mission. The flight will represent an important milestone for Blue Origin as it works to operationalize the New Glenn, which could theoretically be used for space tourism as well.

Bezos’ other company, Amazon, is also making investments in the space sector. The company’s Amazon Web Services Inc. cloud computing unit has a service that provides access to ground stations, or antennas, for transferring data to and from satellites in orbit. AWS launched a dedicated aerospace unit last year to expand this part of its business and even operates a startup accelerator for nascent space companies.

Separately, Amazon plans to spend more than $10 billion on deploying a constellation of internet satellites in low-Earth orbit. Blue Origin and Amazon are both in competition with SpaceX Corp., which is flying reusable rockets while at the same time building its own orbital internet network.