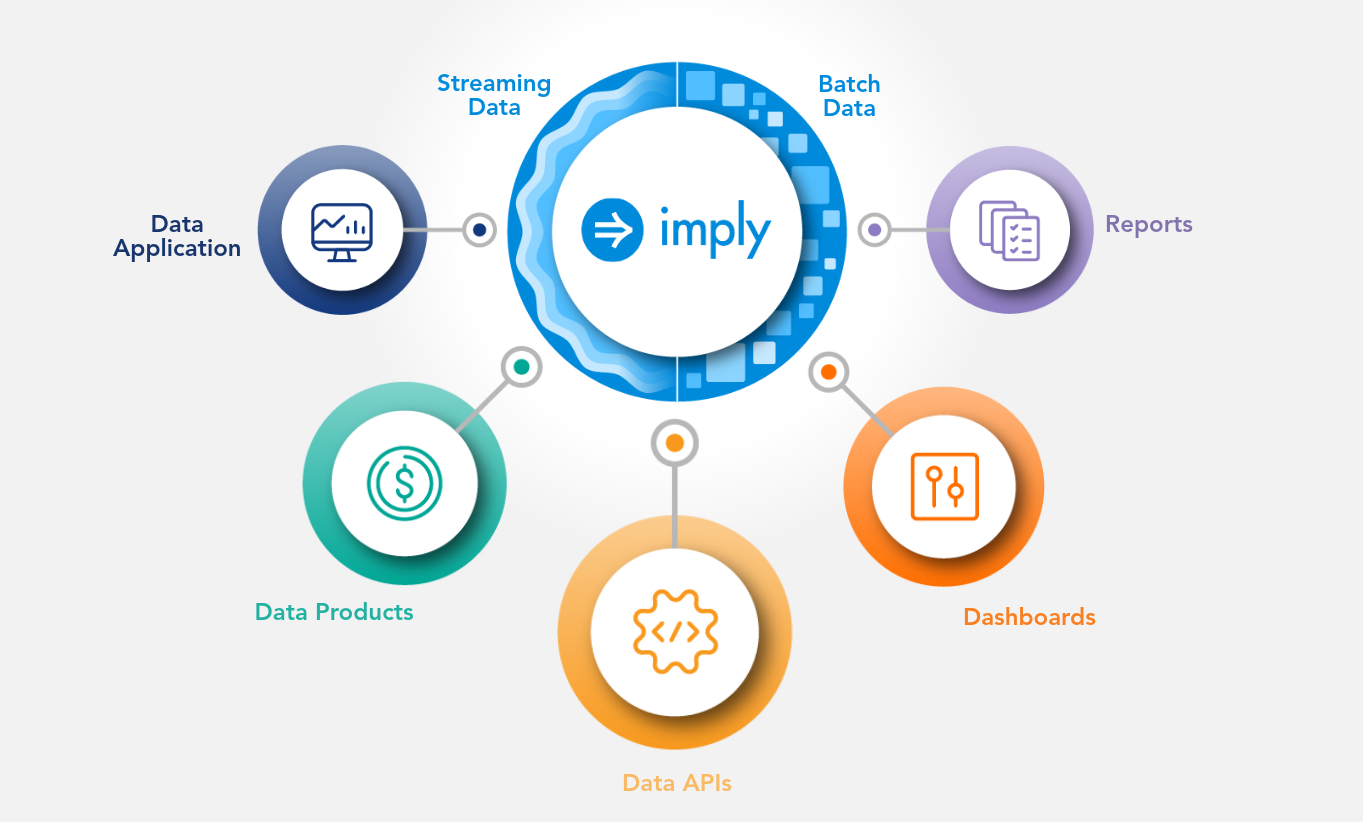 Self-styled “analytics-in-motion” database startup Imply Inc. has money to spend after securing a hefty $70 million in a new round of funding.

Imply is the company founded by the creators of the open-source Apache Druid database that’s built especially for real-time analytics. It’s an alternative to traditional data warehouses, for use in scenarios where speed is the main priority. Think financial institutions that need to analyze streams of incoming data to detect fraud, for example.

The great thing about the Druid database is that it’s incredibly fast. It can ingest millions of data points per second while simultaneously executing queries with subsecond latency. Imply Cloud, the company’s commercial version of Druid, is a cloud-hosted managed service that throws in some advanced analytics tools to detect patterns in data and a graphical analytics interface that helps to visualize those patterns. Imply Cloud also comes with tools that simplify database management tasks.

Of course, Imply isn’t the only fast database around that claims to be the best in real-time analytics. On the contrary, it’s a pretty competitive market. More established database players such as MongoDB Inc. with its MongoDB database, and DataStax Inc. with the Apache Cassandra database both claim to do the same.

Then there are “time-series” database startups such as QuasarDB SAS and InfluxData Inc. that both enable analytics on data that’s indexed, listed or graphed in time order, in real-time, though those are for more specialized use cases. Others in the real-time analytics market include Rockset Inc. and SingleStore Inc., and of course major public cloud players such as Google LLC with its Cloud Dataflow, and Amazon Web Services Inc. with Amazon Kinesis Analytics have their own take on it.

Imply Chief Marketing Officer Praveen Rangnath told SiliconANGLE the company is differentiating itself by defining a new category for real-time data analytics that it calls “analytics-in-motion.” Its mission is to establish itself as the leader in this new market, he said.

Rangnath explained that Imply’ platform has four key attributes that none of the above can claim to have, and that is what sets it apart.

First and foremost, Imply is an interactive database, which means that queries can be created on the fly, with answers and insights provided immediately, he said. It’s also highly scalable, capable of handling massive data volumes, and it works in real time, with insights derived from data as its being created. Plus, Rangnath said, Imply offers a compelling price-to-performance ratio with fast queries available at low cost.

Further, he said some companies have a very loose definition of what real-time analytics really is.

“Some people refer to real-time analytics as analytics that’s based on on real-time data, but they don’t mention that questions need to be pre-determined and can’t be asked on the fly,” he noted. “They also don’t mention that they only provide a database, but no user interface or application to go with it. That can be a huge handcuff because it means you have to wait hours or days to iterate and get the the a-ha moment.”

There are other problems too. For instance, some services might provide instant answers for fresh data, but they do not scale beyond a certain number of records, he said. And even if they do scale, that tends to be prohibitively expensive.

“We believe that not having to make the trade-off of sacrificing one of our four key attributes is a game changer, and that’s why we believe we are the leader in this emerging new category of analytics,” the executive added.

Rangnath said Imply’s growing market adoption is proof of the company’s claims. It now counts more than 100 enterprise and digital-native customers using its platform, either as an engine for analytics-powered apps or for business intelligence and operational analytics.

One customer is the Digital Trust & Safety technology provider Sift Inc., which uses Imply to aid its machine learning models in fraud detection.

“Imply and Druid offer a unique set of benefits to Sift as the analytics engine behind Watchtower, our automated monitoring tool,” said Neeraj Gupta, Sift’s senior vice president of engineering and cloud operations. “Imply provides us with real-time data ingestion, the ability to aggregate data by a variety of dimensions from thousands of servers, and the capacity to query across a moving time window with on-demand analysis and visualization.”

“The world of analytics is being upended, as it is now a competitive disadvantage to wait hours or days to iterate on insights, to make decisions based on stale data, or to leverage solutions that either crumble or cost a fortune at scale,” said Elliott Robinson, Partner at Bessemer Venture Partners. “Imply is far ahead in this race to redefine analytics across the enterprise, with numerous marquee customers and demonstrated customer success worldwide.”