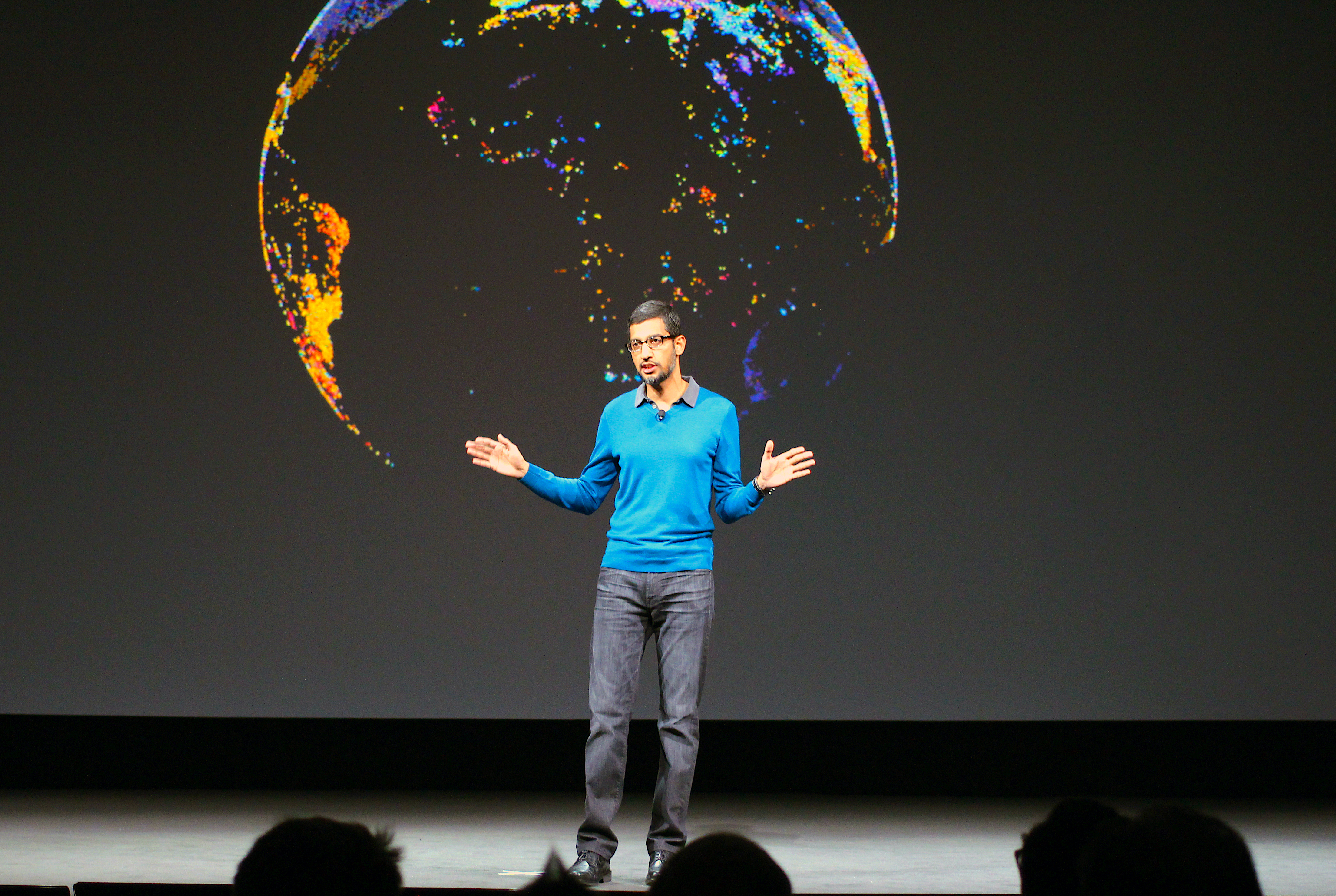 The economy’s fitful emergence from the pandemic drove a big upside surprise in second-quarter earnings at Google LLC parent Alphabet Inc., thanks to advertising on search results and YouTube — as well as an acceleration in cloud computing revenue and a big reduction in cloud unit losses.

The pandemic economy, or at least the cessation of its worst economic effects, has been very, very good to technology companies such as Alphabet, one of several tech giants to report its earnings this week — including reports today from Microsoft Corp., which beat earnings targets on cloud strength, and Apple Inc.

Alphabet Chief Executive Sundar Pichai (pictured) referred in prepared comments to a “rising tide of online activity in many parts of the world.” In his customary call-out to AI and cloud, he added, “Our long-term investments in AI and Google Cloud are helping us drive significant improvements in everyone’s digital experience.”

Alphabet’s shares rose about 3% in after-hours trading ahead of a conference call with analysts. In the regular session, they fell about 1.6%, to $2,638, on a day when the tech-heavy Nasdaq index fell 1.2%. Alphabet’s stock had been up about 47% on the year.

Looking ahead, the company indicated significant uncertainty in the overall economy. Chief Business Officer Philipp Schindler said on the conference call that the path of the recovery is likely to be “long and uncertain.” Moreover, Chief Financial Officer Ruth Porat said she expects a more muted tailwind in the third quarter from currency changes, and the company will lap stronger performance in the second half. Finally, headcount increases and sales and marketing expenses will be higher in the second half.

Still, the results could signal a strong quarter for Facebook Inc., which mostly makes money from advertising, when it reports its second-quarter results Wednesday, as well as Amazon, which has both the leading cloud business and a fast-growing ad business as well.

The company saw ad revenue rise 69%, to $50.44 billion, and YouTube’s ad business jumped 84%, to $7 billion, from a year ago. “Wow, advertisers are drunker than I thought,” commented Collin Colburn, an analyst with Forrester Research Inc.

As for Google’s cloud business, which includes both its infrastructure-as-a-service business that competes with AWS and Microsoft’s Azure, and its Google Workspace apps such as Docs and Gmail. The company said overall cloud revenue rose 54%, a notable uptick from the first quarter, to $4.6 billion. Analysts had expected a 46% rise in the quarter, about the same as in the first quarter, when revenue hit $4 billion.

“Google Cloud is positioned mainly on its strengths in security, AI and machine learning, as well as Workspace and — like other cloud providers — it is increasingly pushing vertical solutions to address the needs of key sectors better,” said Martin Garner, chief operating officer at CCS Insight.

Unlike Amazon Web Services Inc., which has accounted for the majority of Amazon.com Inc.’s profit, Google Cloud is still in heavy investment mode in a bid to catch up to AWS and No. 2 Microsoft. The cloud unit lost $591 million in the quarter. However, that was way down from a loss of $1.4 billion a year ago, potentially indicating some economies of scale that the company in the last few quarters has promised would be coming.

That said, Porat noted that “we will continue to invest aggressively as we see opportunities,” indicating cloud costs could remain high.

That said, the quarter impressed most observers. “I was impressed with the Google Cloud numbers as it significantly increased its revenue and narrowed its losses,” said Patrick Moorhead, president and principal analyst at Moor Insights & Strategy. “I think Google’s strategy is working and is having success in data management, analytics and AI. [Google Cloud CEO] Thomas Kurian’s ‘Meet the customer where they are’ is paying off.”

Alphabet’s results so far reflect no impact from what could be significant antitrust activity in the coming year and beyond. Google this month was sued over alleged abuses of its market power in its Google Play app store, which the company called “meritless.” Also this month, Google was fined $593 million by France for allegedly breaching an antitrust order. And in late June, the European Commission announced an antitrust investigation into its ad business as well as YouTube and Android.

“Google faces a large number of regulatory moves and lawsuits around the world, and an increasingly hostile regulatory environment, which make investors nervous,” said CCS Insights’ Garner. “These are not yet having a big effect on the day-to-day business for the company but remain a rather large cloud on the horizon.”