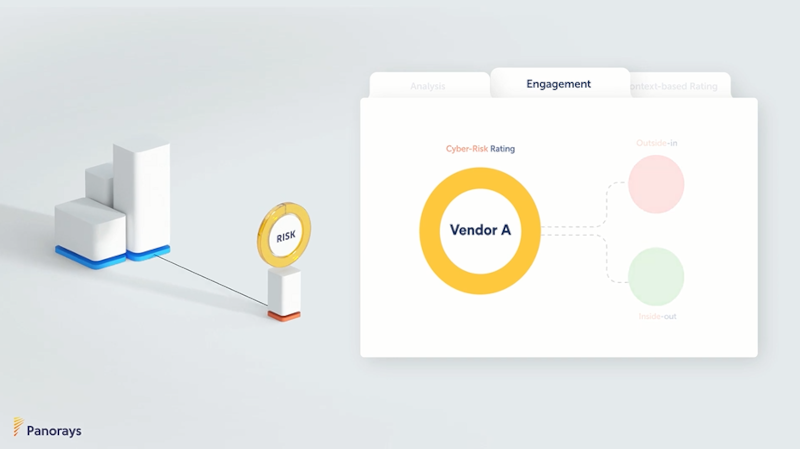 Startup Panorays Ltd. has raised $42 million to grow its presence in the cybersecurity market, where it competes with a cloud platform that helps companies determine if any of their suppliers has vulnerable networks.

Panorays announced the round this morning. The New York-based startup says that the investment, led by Greenfield Partners, follows a fivefold increase in revenue since the end of 2019, when it last raised funding.

A large enterprise can have as many as hundreds of suppliers, each of which could potentially be targeted in a cyberattack. If a company’s accounting department keeps sensitive earnings data in a third-party cloud service, a breach at the supplier that operates the service could cause the information to fall into hands of hackers. Besides technology suppliers, a company may also share sensitive business records with other partners, such as product resellers with which it runs joint go-to-market initiatives.

Panorays’ cloud platform maps out cybersecurity risks across a company’s business ecosystem. According to the startup, its platform can detect vulnerabilities in the networks of not only the partner firms that work with a company but also those firms’ own sets of suppliers.

Panorays generates risk assessments based on data from multiple sources. According to the startup, its platform runs hundreds of automated tests against firms’ infrastructure to identify website vulnerabilities, cloud workloads with misconfigured security settings and other systems susceptible to cyberattacks. When evaluating risk, Panorays’ algorithms also take into account whether a company has a dedicated cybersecurity team.

The other major source of cybersecurity data the startup uses in assessments are questionnaires. To identify potential vulnerabilities, many enterprises require that their suppliers provide technical details about their cybersecurity procedures. The task is done using questionnaires that have to be manually created and distributed, which can involve a lot of work for an enterprise with hundreds of suppliers.

Panorays says its platform does away with many of the chores involved in using questionnaires. The startup allows administrators to automatically generate cybersecurity surveys based on templates or their firms’ regulatory requirements. For example, if a company is looking to ensure that a supplier complies with the EU’s General Data Protection Regulation, Panorays will choose survey questions to reflect this requirement.

After identifying cybersecurity issues in a company’s systems, the startup’s platform generates a list of suggested steps that should be taken to fix them. Recommendations are prioritized based on the severity of vulnerabilities. According to Panorays, companies can share the cybersecurity recommendations with suppliers and track whether they’re being implemented through a cloud-based dashboard.

The startup says it has added tens of thousands of supplier cybersecurity evaluations to its platform in the year leading up to today’s funding round. With the new capital, Panorays plans to continue enhancing its platform by adding  more tools for assessing supplier-related vulnerabilities. Another portion of the funds will be invested in expanding U.S. and international operations.

Panorays says it has already increased its headcount by more than 40% in the past year to support growth efforts.

BitSight Inc., a Panorays rival, received funding as well recently. The startup raised $250 million from Moody’s Corp. earlier this month and used a part of the capital to acquire VisibleRisk Inc., which also makes cybersecurity risk assessment software. SecurityScorecard Inc., another market player, closed a $180 million funding round in March.

Investors’ increased interest in the segment hints that enterprise demand for tools capable of detecting supplier-related cybersecurity risks is growing. The recent surge in funding activity could also signal upcoming market consolidation. Several of the startups that compete in this segment now have additional capital at their disposal for acquisitions in the style of BitSight’s purchase of VisibleRisk.

As demand continues to increase, incumbent cybersecurity providers may start making acquisitions as well to address the growing market opportunity.

Overall, funding for cybersecurity startups reached $9.9 billion in the first half of the year, according to PitchBook Data Inc. research. That’s close to the amount of funding raised by cybersecurity startups in all of 2020. Valuations are increasing, too: The average valuation of the assessed companies has more than doubled to $475 million.