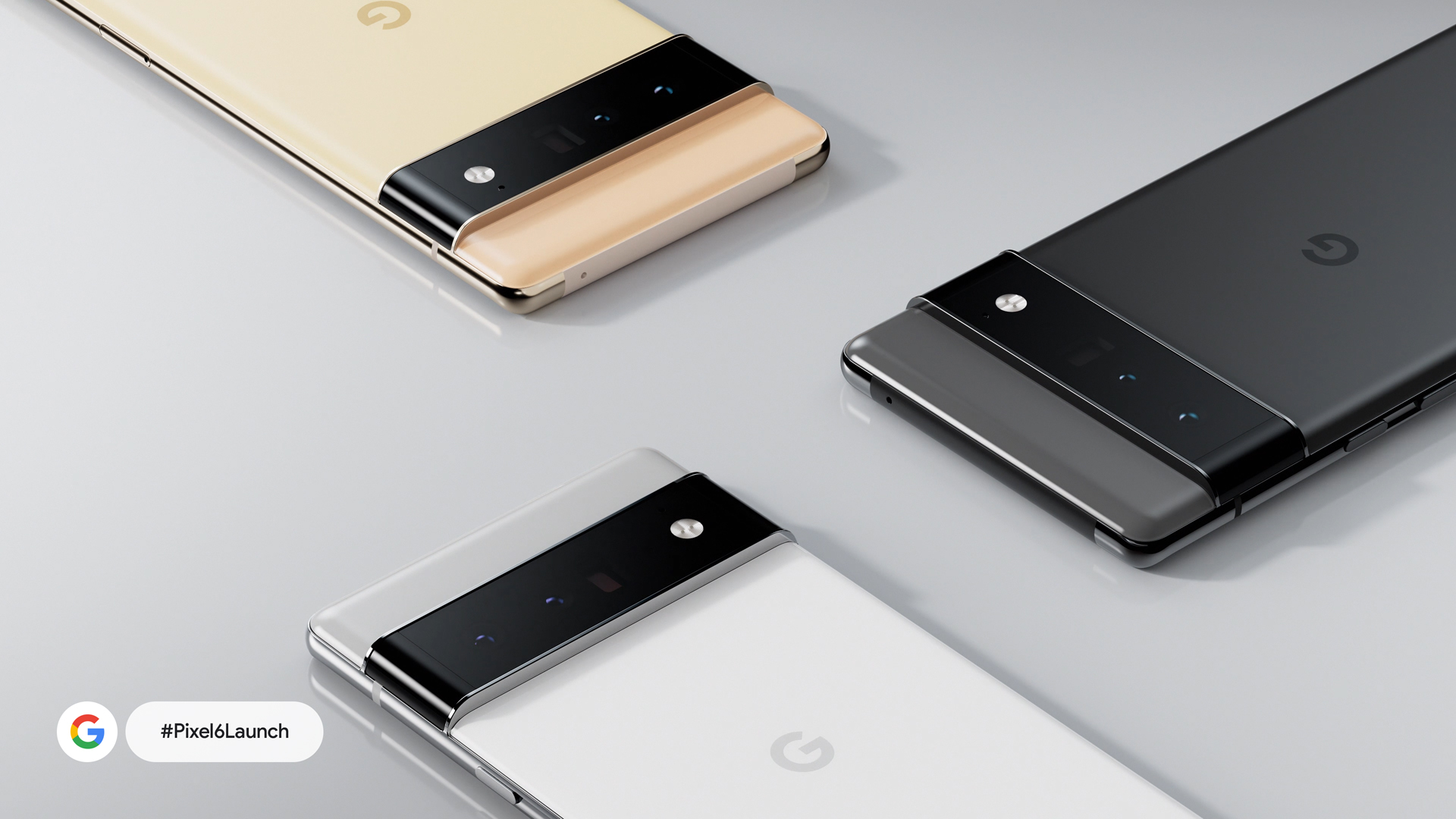 Much of what the company revealed matched expectations given numerous previews during earlier months including Android 12 capabilities, upgraded cameras and a powerful new custom Google Tensor chip designed for powerful machine learning capabilities.

“We have state-of-the-art hardware, which means Pixel can deliver even more impressive real-world performance, as well as new AI-driven experiences that have never been possible before,” said Rick Osterloh, senior vice president of devices and services at Google.

With the addition of the Tensor chip, Google also announced capabilities that upgraded the camera with new artificial intelligence features and machine learning features for speech, including real-time translation and automated message transcription.

The Pixel 6 and Pixel 6 Pro

Displays for the two phones are 6.4-inch up to 120 Hertz and 6.7-inch up to 90Hz, respectively, with smooth display technology. Each also is protected by a Corning Gorilla Glass Victus cover glass to defend it against cracks. And they come in three different colors, although the Pixel 6 has slightly more pastel choices than the Pro.

The overall silhouette of the Pixel 6 looks the same as the Pixel 5, except for the back camera, which has changed to a thick black “camera bar” instead. Both devices include a 50-megapixel wide camera, a 12MP ultrawide camera and a laser detect autofocus, whereas the Pro also has a 48MP telephoto camera. The Pixel 6 has an 8MP front camera and the Pro features an 11.1MP front camera. 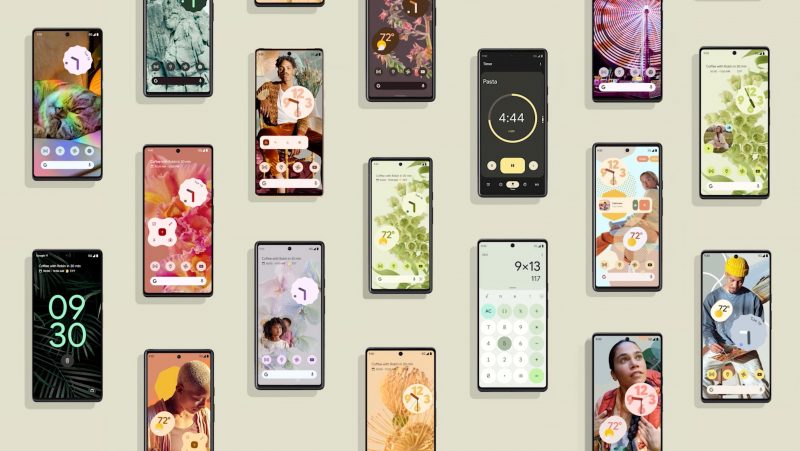 The Pixel 6 lineup natively supports Android 12 and the Material You user experience, which redesigns the entire display of the phone with new icons, widgets and home screens that adapt to the user’s preferences.

With Android 12 users also receive a new Security Hub and Privacy Dashboard that redesigns the experience by providing greater control over what apps are doing and how features are being used. For example, when apps are using the camera or microphone, icons are prominently displayed on the screen and they can be locked out with a simple swipe or touch. 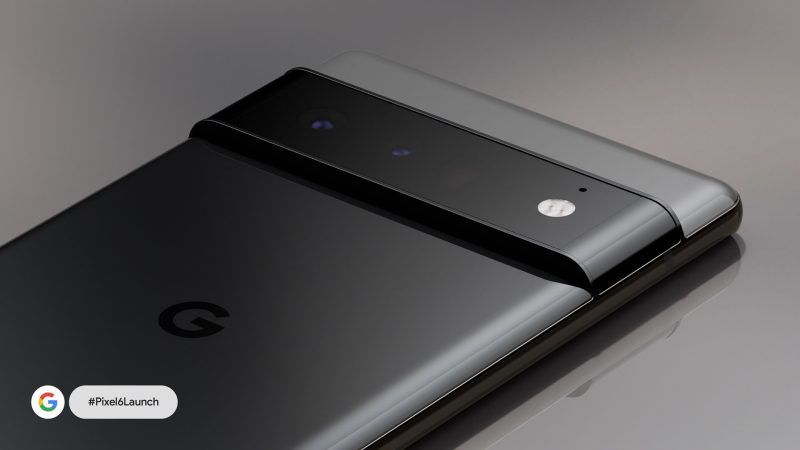 The cameras on the new Pixel 6 phones allow for greater capabilities than ever before. The cameras themselves are more powerful than previous phones providing more megapixels and higher optical and software zoom than previous models, but the real power lies in what Google calls “computational photography” provided on-device by its Tensor chip.

One such power of computational photography is called the Magic Eraser. With Magic Eraser, users can literally erase almost anything from their photos that might distract from an otherwise perfect photo – a person, an errant powerline or a car that’s out of place.

Magic Eraser is capable of detecting these distractions in photos and allows users to select and remove them on the phone itself. It’s also possible to circle them to select them. The machine learning power within the Tenser chip does all the heavy lifting to figure out how to remove the selected element and restore the background.

Another feature is Face Unblur, which can be used on moving subjects to make sure that faces aren’t blurry because the person happens to be in motion at the time. It works by activating two cameras at once, the wide camera and the ultrawide camera, and then mashing them together employing machine learning to make sure that what should be crisp remains so.

And Motion Mode can add blur to an action image that should look like it’s in motion but doesn’t display motion, by taking multiple pictures in rapid sequence. It then uses the Tensor chip and computational photography to blur the parts of the image that should be in motion, while making sure the parts that should remain in focus stay that way. 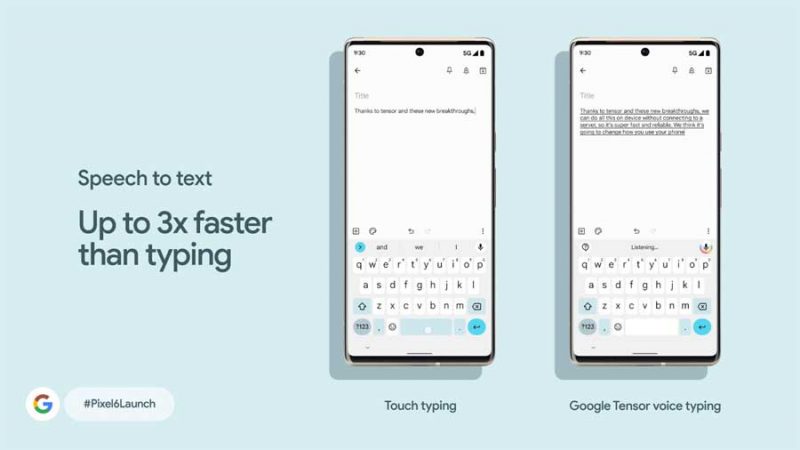 Using the Tensor chip and natural language processing the phone can also become a powerful tool for transcription, meaning that the Pixel 6 is even better at listening when people speak and transcribing their words.

For example, when texting someone, it’s possible to use speech-to-text and transcribe messages using NLP completely on the phone. And even when it gets a word incorrect, the suggestions it offers will be phonetic instead of based on keyboard strokes. According to Google, this can be three times faster than using fingers to type text on the phone.

Pixel 6 phones also added a Live Translate feature directly in apps, such as Messages and WhatsApp, as a result, it’s no longer necessary to jump out to Google Translate web in order to get a translation. With this feature, Pixel can now understand and communicate in 55 languages.

The chip also enables real-time voice translation when in-person, making it possible to hold conversations across languages. The only requirement is that the users are in a quiet room and only one speaker talks at a time. The conversational version uses Google’s cloud-based Tensor Processing Units, so it also requires an internet connection.