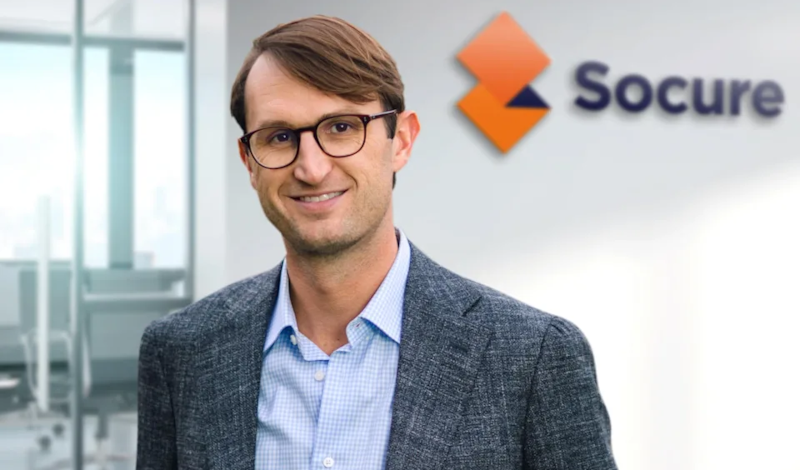 Socure raises $450M for its identity verification platform at $4.5B valuation

Socure Inc., a startup that helps companies such as banks verify the identities of their customers, has raised $450 million in funding after increasing bookings by 500% over the past year.

The funding round, announced today, was jointly led by Accel and T. Rowe Price. Bain Capital Ventures and Tiger Global participated as well along with a number of returning backers.

Socure says it’s now valued at $4.5 billion, up from $1.3 billion in March. The company has raised a total of $646 million in funding to date.

New York-based Socure has developed a platform that uses artificial intelligence to help companies verify their customers and reduce fraud. According to the startup, its platform’s algorithms draw on more than eight billion records to determine if a customer account may be fraudulent. Socure analyzes data points such as the name, phone number, address and Social Security number associated with a customer, as well as numerous other details, including technical information about the user’s device.

Socure says that its technology is significantly more effective than traditional fraud detection systems. According to the startup, its platform can provide 35% to 45% higher fraud capture rates than certain legacy products while reducing false positives by a factor of 13 in some cases.

Socure says its technology offers multiple benefits for organizations. First, the ability to more reliably catch illicit activity such as unauthorized transactions helps companies reduce fraud-related losses. Enhancing fraud detection workflows also enables enterprises to provide a better customer experience. According to Socure, the accuracy of its detection algorithms enables companies to automatically approve many transactions that would previously have to be reviewed manually, which reduces wait times for customers.

Socure’s value proposition has drawn a significant amount of interest in the financial sector. The startup says its platform is deployed at seven of the 10 largest credit card issuers, four of the five largest banks and the “majority of top fintechs,” among other companies.

Strong demand has helped the startup increase bookings by 500% over the past year. Part of the sales jump is attributed to increased spending from existing customers, with the startup saying that its net customer retention rate currently stands at 179%. Socure is also rapidly adding new clients: The startup’s installed base has reportedly grown from about 350 in March to nearly 1,000 today.

Adding new customers helps Socure not only win more market share but also improve the accuracy of its fraud detection technology. The startup collects data about fraud attempts detected across its installed base and uses the information to make its algorithms more effective. The more organizations sign up for Socure’s software, the more data it can collect to improve its algorithms.

Socure will use the newly announced $450 million funding round to grow its presence in a number of areas outside the financial services industry, including the public sector. The startup will expand its product, data science and engineering teams to support the growth effort.

“With this additional capital, we will substantially increase our level of commercial velocity and intensity in solving complex customer and societal problems, while maintaining our Day 0 founder’s mentality,” said Socure founder and Chief Executive Officer Johnny Ayers (pictured).