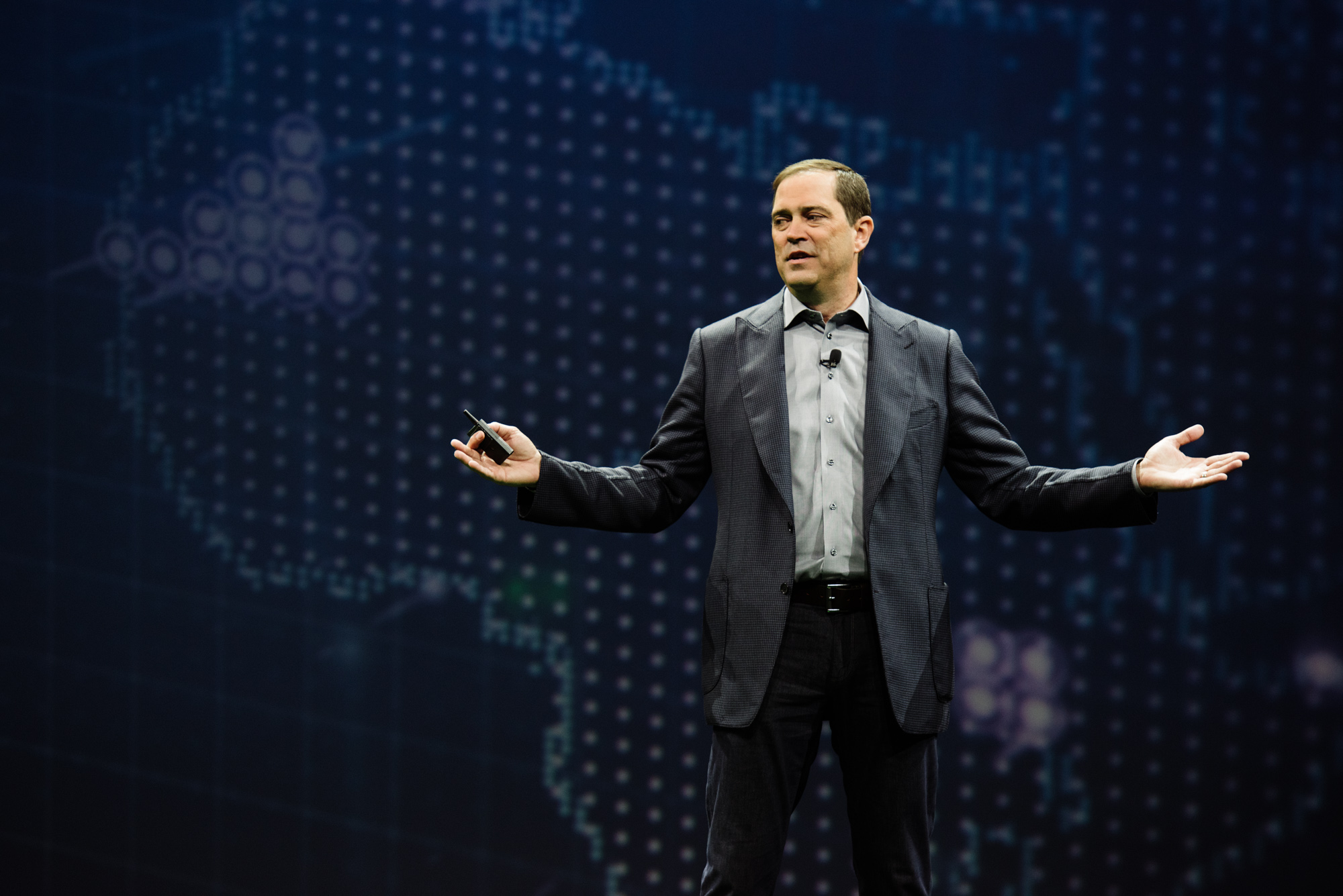 Cisco Systems Inc. endured a rough ride in after-hours trading today as its stock lost more than 6% of its value after the networking giant reported mixed first-quarter financial results and offered lower-than-expected guidance for the current quarter.

Cisco reported a profit before certain costs such as stock compensation of 82 cents per share on revenue of $12.9 billion during the quarter, up 8% from one year ago. Analysts had been looking for an 80-cent-per-share adjusted profit, though they were modeling slightly higher sales of $12.98 billion.

Cisco Chief Executive Chuck Robbins (pictured) said in a statement the company had shown “robust growth” thanks to continuing strong demand for its products, even as it struggled amid a “very dynamic” supply environment.

Robbins wasn’t wrong. On the face of it, Cisco’s business appears healthy, with sales up in all but one of the company’s six new product categories. It also saw total product orders grow by 33% year-over-year, while product revenue rose 11%, to $9.53 billion.

Looking to the second quarter, Cisco expects to continue growing, with annualized revenue growth forecast to be in the region of 4.5% to 6.5%. But that’s lower than Wall Street’s forecast of $12.85 billion in revenue, which implies growth of 7.4%.

So Cisco’s problems are more just the fact investors believe it could be growing at a much faster rate if not for the supply chain issues that have hampered its progress over the last year.

Robbins addressed those issues in a conference call with analysts, saying the company has taken multiple steps to mitigate component shortages and deliver products to customers. Those steps include “working closely with our key suppliers and contract manufacturers, paying significantly higher logistics costs to get components where they are most needed, working on modifying our designs to utilize alternative suppliers where possible, and constantly optimizing our build and delivery plans,” Robbins said.

The higher logistics costs are putting pressure on Cisco’s gross margin, though. “While we thoughtfully raise prices to offset this impact, the benefits are not immediate and will be recognized over the coming quarters,” the CEO explained.

Cisco Chief Financial Officer Scott Herren later clarified that the impact of those price increases will only show up in the company’s third- and fourth-quarter results, when they’re expected to boost revenue.

Holger Mueller of Constellation Research Inc. seemed to echo the concerns of investors, telling SiliconANGLE that Cisco is the “sick man of Silicon Valley,” struggling to generate significant growth even under very favorable conditions.

“It is good to see the increase in profitability, at least, though that was almost exclusively fueled by the absence of restructuring charges,” Mueller said. “Now the pressure is on Cisco to get a better handle on the global supply chain crisis. It is time for Cisco’s supply chain and production managers to shine, but the question is, does it even have the talent in place to do that? The next quarters will tell.”

Analyst Charles King of Pund-IT Inc. was a little kinder in his analysis, saying Cisco is the perfect example of what happens to any manufacturing-based businesses when vital components are suddenly in short supply.

“The resulting price increases act to pressure and diminish margins, disappointing shareholders and sending analysts into a tizzy,” King said. “Unfortunately, there’s no easy way out of this conundrum outside of exploring alternative suppliers and design options as Cisco’s leadership said it is doing. But the situation also underscores why many tech vendors have worked hard to mitigate risk by developing new service and business lines.”

Earlier in the quarter Cisco announced it would report revenue under six new product categories that highlight some of the smaller parts of its business. The change reflects Robbins’ belief that the future of Cisco’s business will be in six key technology areas: secure, agile networks, hybrid work, security, “internet for the future,” optimized application experiences and capabilities at the edge.

Cisco’s largest product category under the new reporting structure is Secure, Agile Networks, which includes sales of its traditional networking switches. It saw $5.97 billion in revenue, up 10% from a year ago.

The other segments include Internet for the Future, which reported revenue of $1.37 billion, up 46%, End-to-End Security, which added $895 million, up 4%, and Optimized Application Experiences, which did $181 million in sales, up 18%. Hybrid Work was the only disappointment, with sales of $1.11 billion representing a 7% decline, though the segment faced tough year-over-year comparisons. A final category, Other Product Revenue, grew 9%, to $3 million.

Outside products, Cisco reported service revenue of $3.37 billion, up 1% from a year ago.