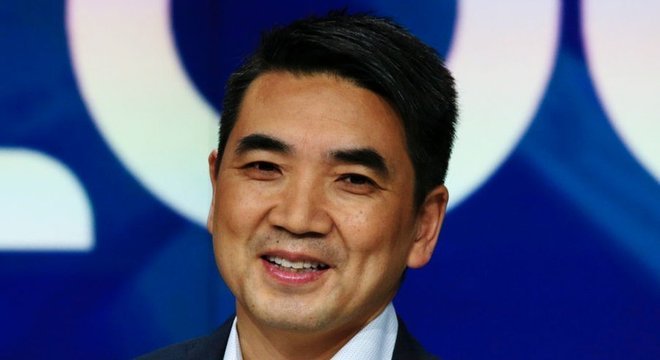 The company also offered healthy guidance for the next three-month period, but it wasn’t enough to satisfy investors, as its stock fell more than 6% in extended trading.

The company reported a profit before certain costs such as stock compensation of $1.11 per share on revenue of $1.051 billion, up 35% from a year ago. Analysts had been modeling a profit of $1.09 per share on $1.02 billion in sales.

“Through innovation and dedication, we will continue to deliver happiness to our customers,” said Zoom founder and Chief Executive Eric Yuan (pictured). “We are well on our way to becoming an indispensable platform for enterprises, individuals, and developers to connect, collaborate and build in the flexible hybrid world of work.”

Zoom has been one of the most prominent technology firms to benefit from the coronavirus pandemic over the last 18 months. Its stock made sharp gains last year as it grew from being just another business software firm to become an essential tool for millions of remote workers.

But now, as the pandemic ebbs away, Zoom is having to reckon with decelerating growth – though it is still managing to grow, especially with larger organizations. The company reported having more than 2,500 customers that are spending more than $100,000 a year on its software, up 94% from the same period last year.

It’s also substantially more than the 2,278 such customers it had just three months ago. Those clients accounted for 22% of Zoom’s revenue in the quarter, up from 18% one year ago.

Zoom’s overall customer base expanded too. The company said it now has 512,100 customers with more than 10 employees using its offerings, up 18% from where it was one year ago.

Zoom is also seeing growth with Zoom Rooms as enterprises look to equip their conference rooms for meetings with people who’re not able to attend physically. “The conference strategy has become even more important than it was pre-pandemic,” Kelly Steckelberg, Zoom’s chief financial officer, told analysts on a conference call.

Analyst Charles King of Pund-IT Inc. told SiliconANGLE the after-hours stock drop was likely the result of some shareholders having much higher expectations of the company, and that they may have been disappointed about the quantity of its enterprise customer base. But he said it’s a mistake to ding the company for its remarkable success among consumers and smaller businesses.

“Zoom has almost single-handedly brought video calling into the mainstream and made its brand synonymous with dependable, easy-to-use services,” King said. “That’s something Microsoft and Cisco have failed to achieve despite billions of dollars of investments and years of proselytizing.”

Holger Mueller of Constellation Research Inc. agreed that Zoom was still on a remarkably successful run, continuing to grow when many had predicted it might run out of steam.

“Zoom has now solidly positioned itself to break through the $1 billion plus and rising revenue barrier each quarter it operates, and that is a major milestone for any company,” Mueller said. “What is especially remarkable is that Zoom is growing at this rate and profitable at the same time – all too often at this stage, enterprise software firms are only able to grow this fast by running up bigger losses. Going forward, Zoom’s focus needs to be on how it can maintain growth by expanding its portfolio of capabilities.”

Zoom provided some big clues about what’s coming next during its annual user conference, Zoomtopia, in September, where it revealed more about its upcoming contact center offering. It’s to be known as Zoom Video Engagement Center, and is described as a cloud-based offering that will allow companies to harness Zoom’s videoconferencing capabilities to provide technical support and sales assistance for customers.

For the fourth quarter of fiscal 2022, Zoom is forecasting revenue of between $1.051 billion and $1.053 billion. That’s better than Wall Street consensus of $1.02 billion in sales.