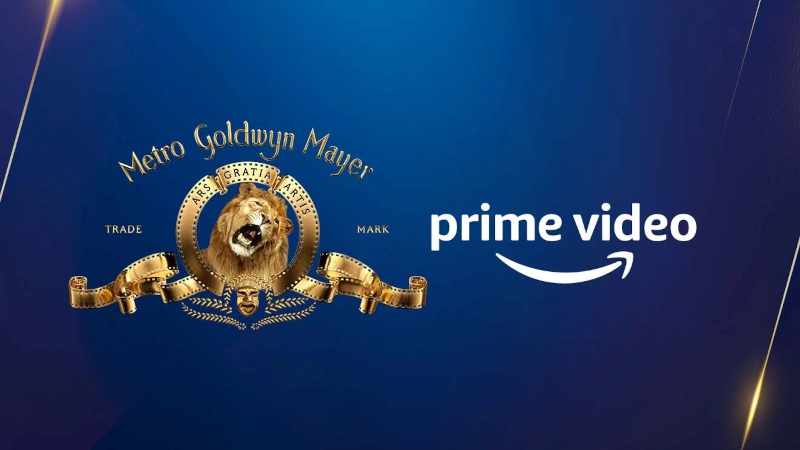 Amazon closes its $8.45B acquisition of MGM

Founded nearly a century ago, MGM has created more than 4,000 film titles and 17,000 TV episodes, winning 180 Academy Awards and 100 Emmy Awards along the way. The studio’s expansive content library will enable Amazon to enhance its streaming services. The MGM acquisition’s $8.45 billion price tag is equivalent to more than two-thirds of what Amazon spent in all of 2020 on content, reflecting the importance of the deal to the company’s growth plans.

“MGM has a nearly century-long legacy of producing exceptional entertainment, and we share their commitment to delivering a broad slate of original films and television shows to a global audience,” said Mike Hopkins, senior vice president of Prime Video and Amazon Studios. “We welcome MGM employees, creators and talent to Prime Video and Amazon Studios, and we look forward to working together to create even more opportunities to deliver quality storytelling to our customers.”

Amazon’s completion of the MGM acquisition was preceded by the European Commission approving the transaction on Tuesday. The commission provided its approval after finding that the transaction doesn’t raise any competition concerns.

One detail that antitrust regulators often scrutinize when evaluating mergers is whether the companies involved compete in the same market segment. If two firms compete in the same segment and they merge to become a single company, the total number of market players declines. That creates a risk of competition being reduced.

“The overlaps between Amazon and MGM are limited,” the European Commission stated on Tuesday in the announcement of the deal’s approval. Officials also determined that Amazon will continue to face strong market competition following the transaction.

Last July, reports emerged that the U.S. Federal Trade Commission had opened an antitrust investigation into the MGM deal. According to a Wall Street Journal report, Amazon recently certified to the FTC that it has provided all the information requested by antitrust investigators. The Journal reported that the FTC could challenge the deal both before and after its completion, but closing the MGM deal “would reduce some uncertainty.”

However, sources told Politico today that the FTC won’t challenge the deal because the agency’s commissioners are split along partisan lines. That decision reportedly is big setback for FTC Chair and Amazon critic Lina Khan.

In a statement today, the FTC said  that “the FTC does not comment on any particular matters. However, we reiterate that the Commission does not approve transactions and may challenge a deal at any time.”

In 2021, Amazon founder and Executive Chairman Jeff Bezos detailed the company’s plans for MGM. “MGM has a vast, deep catalog of much-loved intellectual property,” Bezos told investors. “With the talented people at MGM and Amazon Studios, we can reimagine and develop that IP for the 21st century.”

MGM is Amazon’s second-largest acquisition behind Whole Foods, which the company bought for $13.7 billion in 2017.