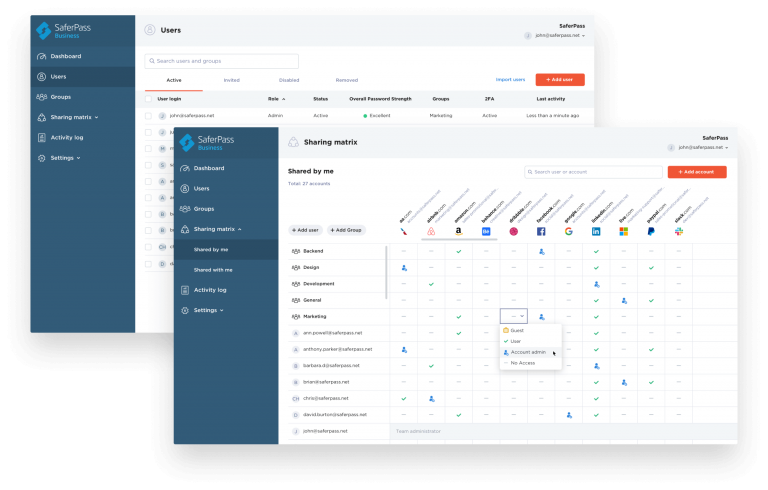 Lookout expands into password management with acquisition of SaferPass

Founded in 2014, SaferPass pitches itself as a simple and secure password manager for individuals and companies. The service offers a range of password-related services, including autofill, a password generator, leak checking, security reporting, password sharing and multifactor authentication. SaferPass also provides a “secure notes” feature that allows users to store and organize passport numbers, Wi-Fi settings and other data.

The problem a service like SaferPass seeks to address is a well-known one: password security. Too often, people reuse passwords, opening the door to breaches and credential stuffing. Lookout estimates that on average, people have more than 100 accounts with an associated password to remember.

In addition, human-generated passwords are often algorithmically weak. According to a recent report, 81% of data breaches leveraged weak, stolen or reused employee passwords.

“Today, every password owned by an employee is a potential access point to organizations both small and large,” Jim Dolce, chief executive officer of Lookout, said in a statement. “At the same time, large-scale data breaches have leaked billions of consumer emails and passwords on the dark web, putting individuals at risk of identity theft and financial fraud.”

SaferPass offers identity and password management to both consumers and businesses, enabling users to manage their passwords, banking and other sensitive information securely across devices. The company’s solution offers an encrypted digital vault that stores secure login information used to access services through mobile apps and web browsers.

The company’s password generator helps create strong, unique passwords to ensure people are not using the same password in multiple places and that their passwords haven’t been compromised in a previous breach.

By adding password management technology to its suite of security solutions, Lookout say, it’s expanding on its mission to deliver proactive protection and safeguard customer data for individuals and businesses.

SaferPass will be merged into Lookout, with the SaferPass team joining Lookout. The SaferPass office in Bratislava, Slovakia, will be retained, giving Lookout a new location in Central Europe.

Before its acquisition, SaferPass had raised €1 million ($1.08 million), according to Crunchbase. Investors included Neulogy Ventures and LRJ Capital.