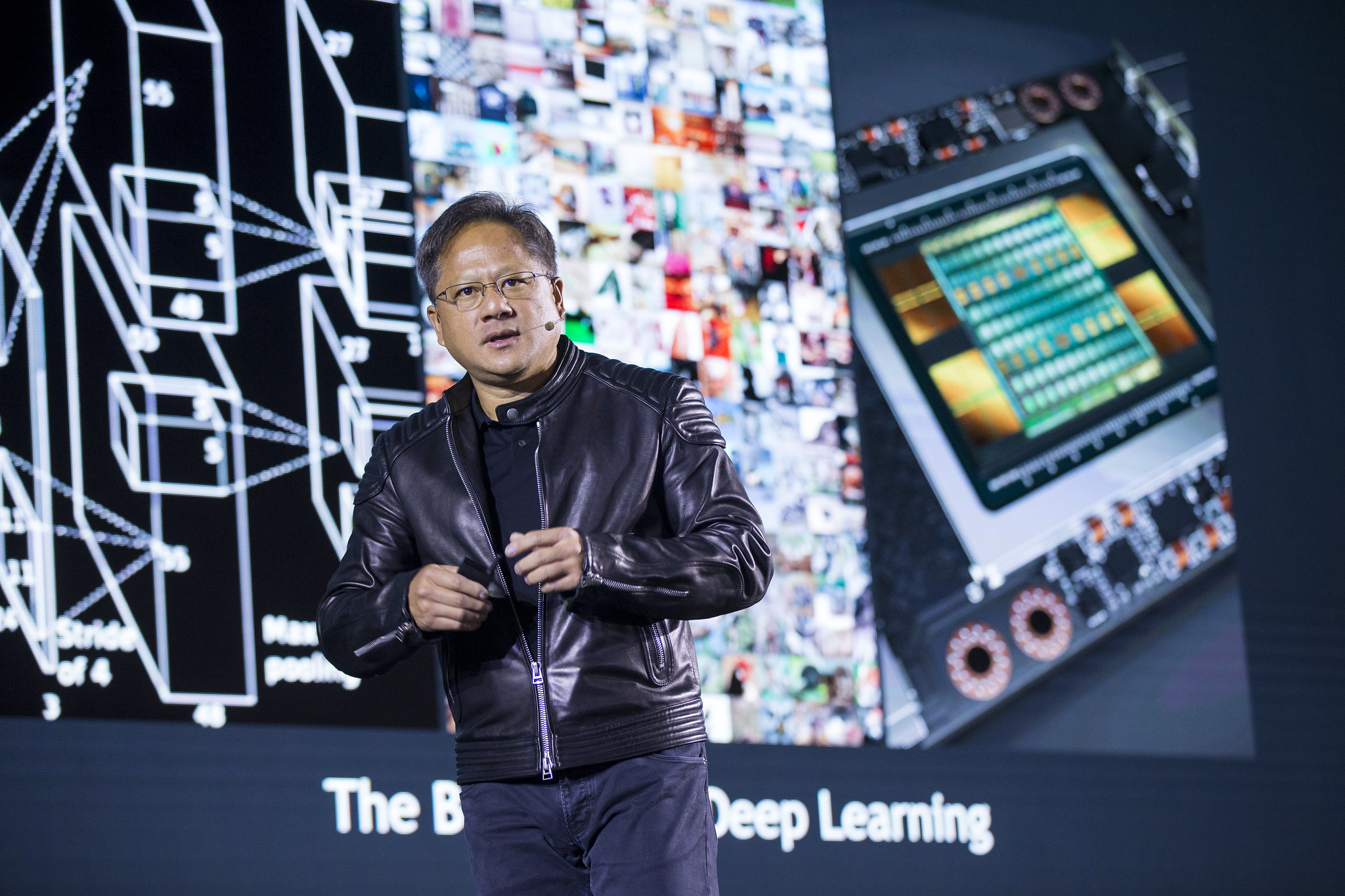 Nvidia Corp.’s stock took another hit today after the company offered a revenue forecast for the current quarter that fell short of analysts’ expectations.

That warning came after the company confirmed an expected sharp drop in revenue and profit in the quarter just gone.

The company reported net income for the second quarter of just $656 million, way down from the $2.37 billion profit it recorded a year earlier. Earnings before certain costs such as stock compensation came to 51 cents per share, with revenue rising to $6.7 billion, up from $6.51 billion a year earlier. The results were far below Wall Street’s expectations, with analysts modeling earnings of $1.26 per share on sales of $8.10 billion.

The miss was not unexpected, though, as Nvidia had already warned in its preliminary earnings results earlier in the month that it was likely to fall short by a wide margin. The company told investors it was expecting a $1.4 billion revenue shortfall because of weaker gaming sales. It further warned that COVID-19-related lockdowns in China and the war in Ukraine would knock an additional $500 million off its balance sheet.

Nvidia has been hurt badly by a drop in personal computer sales, which have slumped following a two-year, pandemic-fueled surge. Spending on video games and hardware has fallen dramatically as people return to outdoor life. At the same time, Nvidia has suffered due to a steep drop in cryptocurrency prices that make “mining” less profitable. The company’s graphics processing units are used extensively for this purpose.

It’s not all doom and gloom for Nvidia. The company reported that data center chip sales rose 61% in the quarter, to $3.81 billion. The problem was that gaming sales fell 33%, to just $2.04 billion.

In a conference call, Nvidia Chief Financial Officer Colette Kress said the decline in gaming sales was “sharper than anticipated,” driven by both lower unit sales and lower average selling prices.” She added that macroeconomic headwinds resulted in a “sudden slowdown” in demand for gaming hardware. “As noted last quarter, we had expected cryptocurrency mining to make a diminishing contribution to gaming demand, and we are unable to accurately quantify the extent to which reduced crypto mining contributed to the decline in gaming demand,” Kress told analysts.

The professional visualization business struggled too. The unit, which sells graphics chips for enterprise use cases, saw sales drop 4% to $496 million. On the other hand, automotive chip sales were a bright spot, rising 45% compared to a year earlier. That business remains very small, however, with sales coming to just $220 million.

For the third quarter, Nvidia had more disappointing news, saying it expects revenue of between $5.78 billion and $6.02 billion, far below analysts’ expectations. Wall Street had earlier modeled $6.91 billion in revenue. Nvidia’s stock was down more than 4% in the extended trading session that followed the report, having stayed flat during the day.

Patrick Moorhead, an analyst with Moor Insights & Strategy, told SiliconANGLE the stock drop was odd because the revenue miss and profit drop should have already been factored in, given the warning three weeks ago. “I think Wall Street didn’t like the answers on the call related to when gaming will rebound,” he added. “Gaming is complex as there are so many moving parts, with COVID, limited new AAA titles, the crypto crash, product transitions and the economy.”

Charles King of Pund-IT Inc. said Nvidia is a good if somewhat painful example of what happens to vendors when their key markets falter and when broader economic pressures also come into play.

“Nvidia’s main problem spots are in crypto mining, where cryptocurrencies have failed to regain momentum after their recent collapse, and gaming systems, where slowing sales reflect consumers’ concerns about inflation and economic uncertainties,” King said. “While there are no easy fixes for this, Nvidia’s leadership team has faced and worked through previous challenges. I expect they will navigate successfully through these current storms.”

Kress said the company expects both gaming and pro virtualization revenue to decline sequentially in the third quarter. Meanwhile, she said she expects Nvidia’s customers and channel partners to reduce their inventory levels to align with current levels of demand and prepare for the company’s new products generation. “We expect that decline to be partially offset by sequential growth in automotive,” Kress added.

The forecast means that Nvidia is likely to report quarterly sales lower than rival chipmaker Advanced Micro Devices Inc. for the first time since 2014. Earlier this month, AMD said it expects to do between $6.5 billion and $6.9 billion in third-quarter revenue.

Nvidia founder and Chief Executive Jensen Huang (pictured) insisted in a statement that the company “will get through this.” On the call, he spoke of his optimism for the company’s longer-term prospects.

“We reduced selling to let channel inventory correct and we’ve implemented programs with our partners to position the products in the channel in preparation for our next generation,” Huang told analysts on the call. “All of this, we anticipate we’re working towards a path to being in good shape going into next year. So that’s what our game plan is.”

Analyst Holger Mueller of Constellation Research Inc. said the hard fall of the formerly high-flying and fast-growing Nvidia shows us that the post-pandemic restart is throwing up challenges for all technology vendors. “Nvidia’s diversification into the data center space saved it this quarter, making up for the gaming shortfall with very healthy growth among enterprises,” Mueller said. “The question is, where will the growth come from in the next quarters, and will Nvidia be able to reignite its gaming sales?”