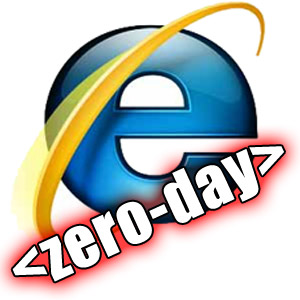 Both Microsoft and Google have been at the press to warn users that attackers are using a new zero-day exploit in Internet Explorer being used to hijack Gmail accounts. The flaw is currently unpatched (fitting any zero-day exploit) and enables an attacker to create a drive-by attack that could hook most users with little or no interaction with anything except a rigged web page. Most of this was published yesterday to the Microsoft Security Advisory and the Knowledge base and reported by ZDnet’s Ryan Naraine.

The advisory from Microsoft mentions “active attacks” and references a warning submitted by Google earlier this month, which adds that the IE flaw is “being actively exploited in the wild for targeted attacks.”

This is Microsoft’s explanation of the exploit:

The vulnerability could allow remote code execution if a user views a specially crafted webpage using Internet Explorer. An attacker would have no way to force users to visit such a website. Instead, an attacker would have to convince users to visit the website, typically by getting them to click a link in an email message or Instant Messenger message that takes them to the attacker’s website. The vulnerability affects all supported releases of Microsoft Windows, and all supported editions of Microsoft Office 2003 and Microsoft Office 2007.

The vulnerability exists when MSXML attempts to access an object in memory that has not been initialized, which may corrupt memory in such a way that an attacker could execute arbitrary code in the context of the logged-on user.

Without a patch current, many people are vulnerable to this attack and even with Google’s proactive attempt to warn people (inside their Gmail accounts) about a potential attack. As a result they’re releasing a tool that users can run on their computers to block the attack vector for this vulnerability. Visit Microsoft Knowledge Base Article 2719615 for instructions on how to use and install the tool—included is an explanation of the MSXML exploit.

Microsoft also advises that Internet Explorer users may also be able to mitigate this attack by tuning up their Internet security to prompt whenever an Active Scripting event is run or simply disabling that capability by using the Internet and Local Security Zone.

I’ve mentioned before that we’ve moved into an era where state-sponsored attacks will be part of the media curriculum when malware and hacking events occur and we’re starting to see the tip of that iceberg. Already we’ve seen what state-sponsored malware, such as Stuxnet and Flame can do, but this doesn’t mean that teams don’t exist who simply try to gain access to whatever data is out there.