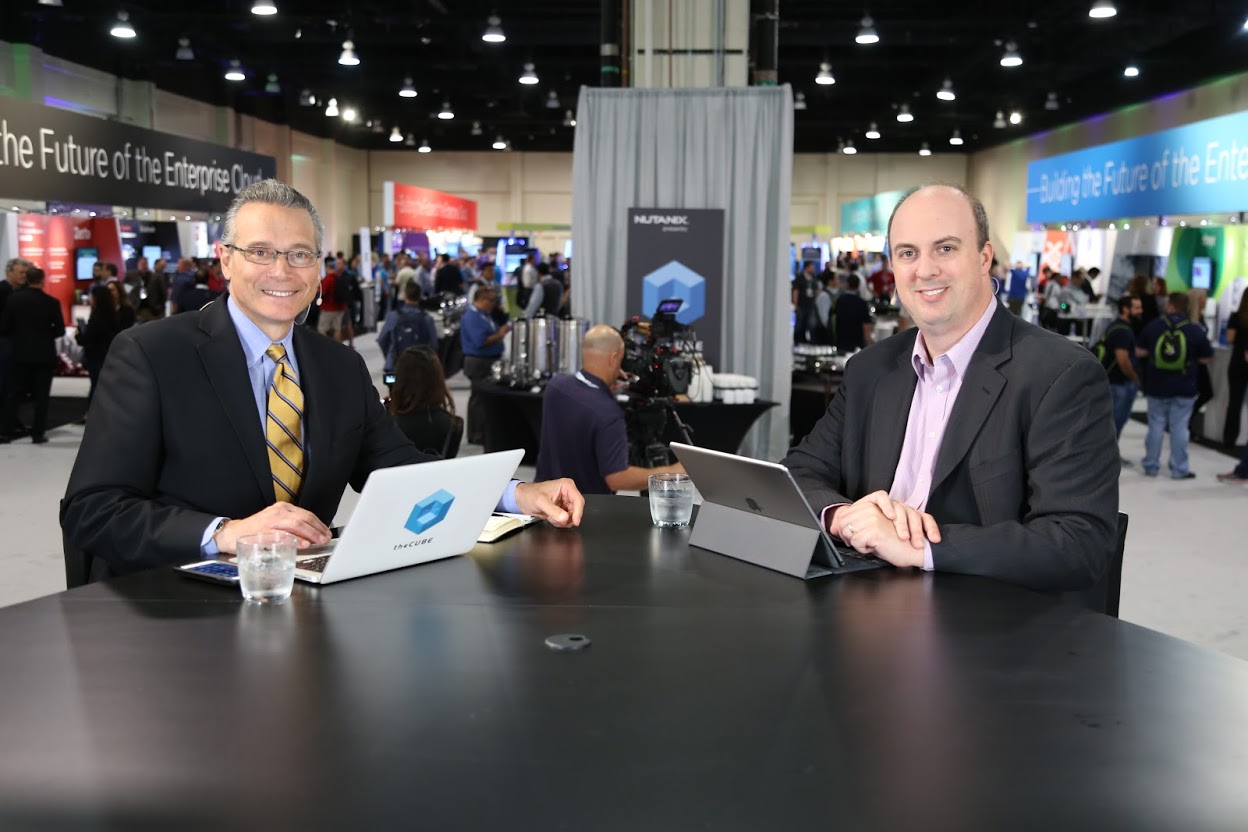 Nutanix calls shotgun on multicloud with control pane, but is it a false start?

Nutanix Inc. is a big fish in the hyperconverged infrastructure market, but it’s now veering into multicloud — a much larger pond than HCI. Can it float there?

Nutanix tops revenue (or trails a hair behind Dell EMC, as one report shows) in HCI that packs hardware basics and integrated software in one appliance. And while Nutanix’s revenue has grown a more-than-healthy 67 percent year-over-year, in the third quarter of 2017, it slowed to a mere 5.3 percent over the previous quarter, contrasting with growth rates of 9.2 percent in Q2 and 19.3 percent in Q1.

Some suggest (seasonal highs and lows accounted for) this shows the company plateauing and mirrors the overall decline in on-premise hardware as customers flock to cloud. This may be why Nutanix is now reminding us (despite naysayers) how HCI’s software layer essentially functions as a private cloud in a multicloud layout.

“Application-first” is the mantra at cloud providers as much as on-premise hardware legacies. If a vendor runs a customer’s application the fastest and cheapest, most agree that the hardware or software under the covers matters little.

Nutanix is betting that enterprises will opt for multicloud infrastructure rather than a single cloud or physical data center. It also believes that containers‘ virtualized method for running distributed applications will be critical — so critical that an on-premise hardware company that masters them can go toe-to-toe with a public cloud juggernaut like Amazon Web Services Inc.

It may be tempting to chalk this up to disingenuous marketing from a company struggling to stave off the cloud-takeover. But if the Nutanix crew is sinking and knows it, why didn’t they jump ship recently when they had the chance before the initial public offering last September?

“Pre-IPO, they easily could have sold this thing for $1 billion-plus. They all could have cashed out and made a bunch of dough, and they said, ‘You know what? We’re going to do something different,'” said Dave Vellante (@dvellante) (pictured, left), co-host of theCUBE, SiliconANGLE Media’s mobile livestreaming studio.

That “something different” found takers in enterprises and on Wall Street. Nutanix peaked at $46.78 a share on its second day of trading, and it now has 6,172 end-customers. Its growth is unusual for a hardware company in 2017; but Nutanix is an unusual hardware company — or at least it would like the market to think so.

“Nutanix, for a couple of years now, has been pivoting away from so-called hyperconverged infrastructure,” Vellante said. How exactly does an HCI company pivot away from HCI? Apparently by talking about cloud — specifically, how HCI fits into a multicloud spread.

Nutanix has implied that it wants to be the next VMware Inc. and do for multicloud what VMware did for virtualization in the early 2000s. There are some major incongruities in these two stories, however, according to Vellante.

“In the early 2000s, the aspirin of virtualization to soothe the pain of do-more-with-less was such an obvious and game-changing paradigm shift,” Vellante said. With the market crying out for its virtual machine technology, VMware came upon a made bed, so to speak.

Is the market today crying out for multicloud with the same intensity? Not really. “I see people still trying to figure out: ‘What is our cloud strategy?'” Vellante stated.

Nutanix is bullseye for competitors

Despite uncertainties about muliticloud’s practical details, it ultimately presents a very attractive Total Addressable Market, which is good for Nutanix — if it can get there before its slew of competitors.

“They’re going to have attacks from every side of the market,” Miniman said. This obviously includes the major public clouds, as well as other HCI companies.

A major threat will arrive later this year with Microsoft Azure Stack, a hyperconverged platform that promises to bring the Azure cloud inside on-premise data centers. Among Microsoft Azure Stack’s strengths over Nutanix are its superior support for Software-as-a-Service clouds, Miniman said.

Nutanix argues that multicloud will be necessary for different types of workloads. This is especially obvious in the Internet of Things, where compute needs to stay close to the edge. For this reason, “Public cloud doesn’t win it all,” Miniman said.

Customers vouched for this at the conference, saying that when manufacturing physical goods, the data center needs to be close to the production line.

A main enabler of on-premise and public cloud synergy are containers, Diane Greene, senior vice president of Google Cloud, said during a keynote presentation at the .NEXT event. Google is a thought leader in containers and Kubernetes orchestration management, so Nutanix’s partnership with Google Cloud might lend it container cred by association.

But it’s misleading to suggest to customers that putting a legacy app in a container instantly makes it a “cloud app,” iIguazio Systems Ltd. Founder and Chief Technology Officer Yaron Haviv, has said. Hardware infrastructure vendors don’t seem to appreciate that containers are best suited to cloud-native apps built with micro-services, he stated.

“They focus on refactoring legacy or monolithic apps to run in containers and gain minimal packaging automation benefits without the agility, elasticity and CI/CD [Continuous Integration and Continuous Deployment] benefits. They may as well keep those apps in VMs and just forget about it,” Haviv wrote in a dzone.com article he penned in May.

While this debate continues, Nutanix’s proposed multicloud platform will support both containers and VMs, Nutanix Chief Executive Officer and Chairman Dheeraj Pandey said at the conference.

Nutanix believes that single-pane-of-glass management for all applications is fundamental to multicloud. This is a complex problem, and if Nutanix can be the first to deliver a practical, demonstrable solution, they could pull ahead in multicloud, Vellante stated.

Calm.io, an automated application management platform Nutanix acquired last year, is the tool that will ultimately become the perfect control pane for multicloud, Pandey claimed. At the day-one keynote, Pandey brought Aaditya Sood, senior director of engineering and products at Nutanix, on stage for a live demonstration.

Using an application built on the Apache Hadoop big data framework, they executed a deployment with a series of clicks that took less than a minute. Nutanix’s partnership with Google will allow users to deploy applications on Google Cloud in the same manner, Pandey explained.

It was an impressive demo, to be sure, both neither Calm.io nor the Google partnership are fully baked yet, Miniman stated.

“The Google announcement, I think, gives Nutanix credibility, but a lot of it is kind of press release SlideShare, if you will,” Miniman said. For instance, the company did not elaborate a great deal on Nutanix Xi Cloud Services with disaster recovery software for Google Cloud. “This is a product next year that maybe you’ll probably run somewhere with Google … where are the details?” Miniman asked.

And Calm.io is not yet what Nutanix would like it to be — an application recommendation engine for multicloud that Pandey described at the day-one keynote.

There is a gaping need in hybrid and multicloud for such an intelligent, all-seeing tool with a simple user interface. Perhaps Nutanix will be the first to bust out with a perfected product in the form of Calm.io.

But as the clock ticks, a host of other companies are toiling away toward that same goal. Relaying a peer’s wise quip, Miniman summed it up: “OK, this is the 687th product in the industry that’s trying to solve this problem.”