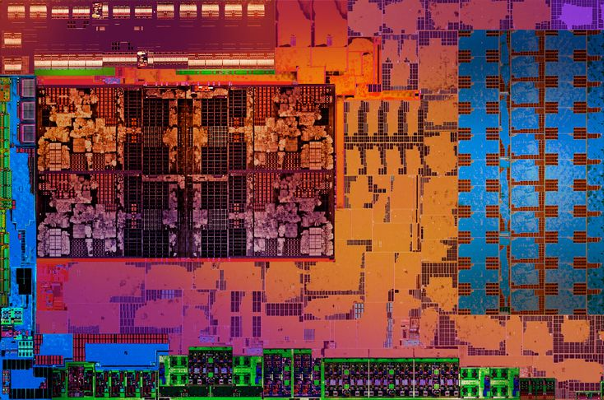 The laptop processor market, which historically has been dominated by Intel Corp., is on track to become a lot more competitive.

Advanced Micro Devices Inc. today unveiled two new chips designed to challenge its larger rival’s position as the leading supplier of silicon for thin, ultraportable machines. The Ryzen 5 2500U and Ryzen 7 2700U both combine a central processing unit based on AMD’s Zen architecture with a graphics accelerator from its Vega series. They provide four processing cores with support for up to eight threads just like Intel’s comparable laptop chips.

Where the new Ryzen processors stand out is in the performance department. The 2500U has a base clock speed of 2.0GHz that can be boosted up to 3.6GHz, while the Ryzen 7 2700U boasts an extra 200MHz on both fronts. These specifications put the chips ahead of Intel’s latest Core i7-8550U laptop processor, which has a base speed of 1.8GHz.

Internal tests conducted by AMD have shown that the latter unit is faster when running a single thread, but starts lagging behind significantly when more are used. The chip maker claims that its latest-generation Ryzen processors can provide up to 44 percent better multithreaded performance than Intel’s silicon.

The onboard Vega graphics accelerator fared even better in the tests. According to AMD, the Ryzen 7 2700U renders visual content up to 161 percent faster than the Core i7-8550U’s built-in graphics module. The processor can provide this performance while consuming as little as 42 percent as much power as the previous-generation Ryzen model.

Manufacturer-supplied tests tend to be taken with a grain of salt in the processor industry. However, the results are quite impressive on paper and reflect that AMD has managed to become a much more formidable rival to Intel in the laptop market over recent years. This is true on other fronts as well: the company was recently reported to have inked a deal with Tesla Inc. to build a custom chip for running autonomous driving software.