British chip designer Arm Holdings Plc Thursday announced a new platform for the “internet of things” devices that can handle data from any kind of device on any cloud.

The platform was made possible thanks to Arm’s acquisition of data analytics company Treasure Data Inc. That deal was first rumored to be happening last weekend, and finally confirmed by the chipmaker Thursday.

Arm is one of the U.K.’s largest technology companies. It designs and licenses computer processing units, system-on-a-chip infrastructure and other software for devices such as smartphones as well as PCs, smartwatches and smart cars. The company was bought out by Japan’s SoftBank Group Corp. in 2016 for $31.4 billion.

While IoT platforms are two-a-penny, Arm reckons its Pelion product is more useful than rival versions because it doesn’t restrict customers to a specific kind of infrastructure.

“The Pelion IoT Platform is different because it is a truly horizontal platform capable of managing any number or type of devices and connectivity, dealing with any type of data, and linking to any cloud,” said Dipesh Patel, president of Arm’s IoT Services Group. “Truly this is the first platform that provides everything from connectivity to devices to data.”

Pelion also draws on technology Arm obtained through earlier acquisitions, including a company it bought last month called Stream Technologies LLC, which sells software designed to optimize how IoT devices communicate with one another. It also incorporates tech from Arm’s existing Mbed IoT Device Management Platform. That being said, the Treasure Data acquisition was the “final piece of our IoT enablement puzzle,” the company said in a statement.

Arm didn’t confirm how much it had paid for Treasure Data, but reports last week suggested the price was in the region of $600 million.

The Pelion platform enables companies to manage fleets of IoT devices at scale, and it can work with public and private clouds, on-premises and in hybrid environments. Arm is also offering what it calls a “unified billing system” that it reckons can lower infrastructure costs and minimize integration complexity.

In essence, what Arm is claiming to offer is a fully functional IoT platform wherein customers can stick sensors to different bits of equipment and then generate data that provides meaningful information they can use – whether it relates to supply chains, machine maintenance, optimizing equipment or whatever. The Pelion IoT Platform provides a single portal to visualize the data from every device that’s hooked up to it. 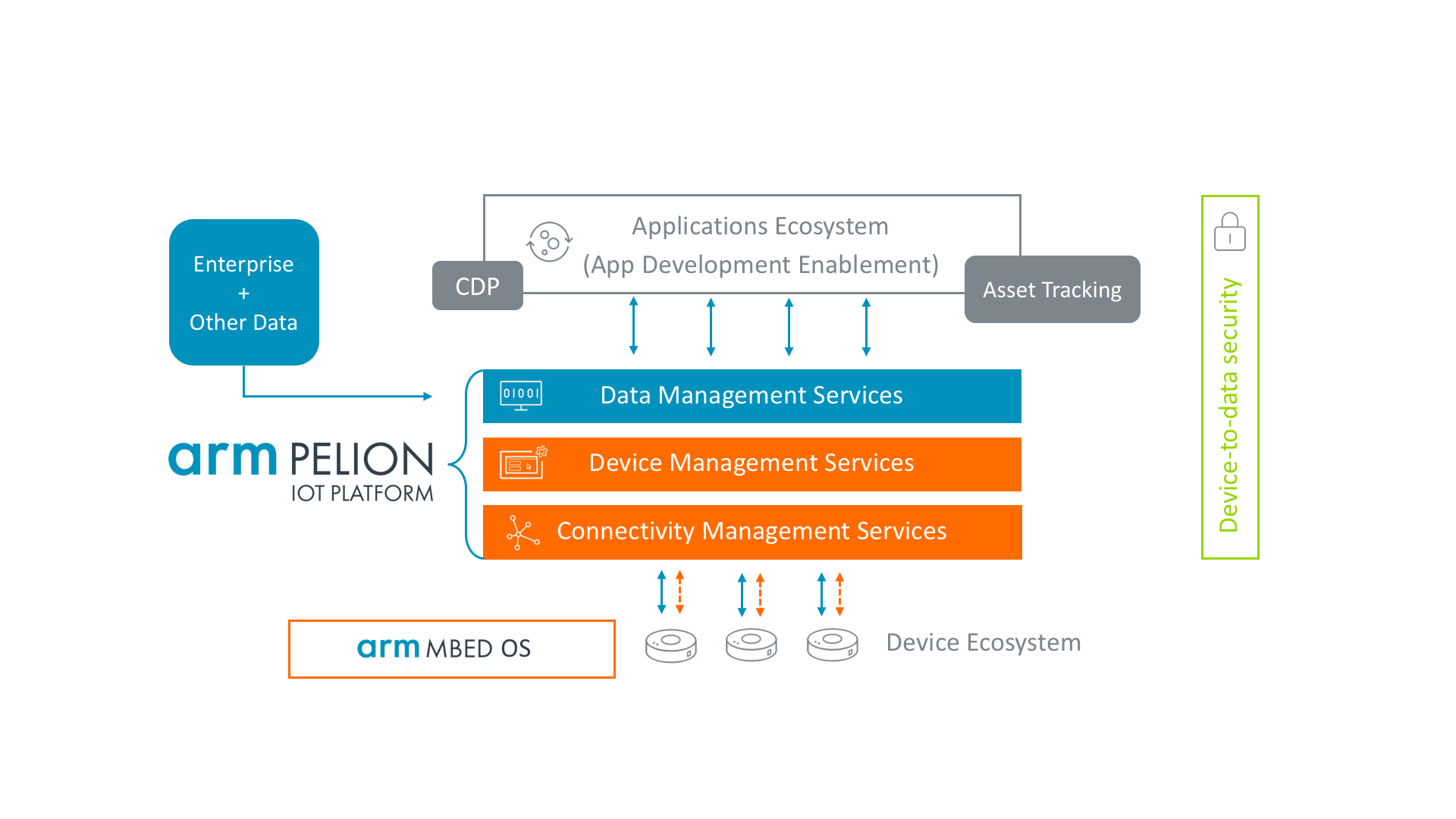 Patrick Moorhead, president and principal analyst at Moor Insights & Strategies, said Arm’s platform might also be beneficial for companies concerned about the security of their IoT operations.

“ARM is on the move in IoT and since it owns most of the underlying silicon, it has a potential security advantage,” he said.

Implications for IoT, Intel and the three-tiered edge

According to David Floyer of Wikibon Research, ARM will win the first phase of edge computing. “It will successfully expand from consumer mobile, smart sensors on mobile objects — cars, trucks, gaming, skateboards, ships, planes, et cetera — to smart fixed sensors.” That’s because in the chip wars, volume wins and Arm has about 10 times the volume of other suppliers.

However, he said there will be a big fight over the second phase of edge computing, coordinating high-level data  between those phase one devices and the cloud.

“This move will help Arm position itself as a platform for cloud-to-edge data and device management, but it can’t ‘win’ devices unless it wins embedded AI-accelerator chips,” he said. “That market is Nvidia’s, Intel’s and Google’s to lose.” Moreover, that market will pull through data-science toolchain ecosystems and back-end data-lake platforms that are most developed. “Google will dominate the edge, with Microsoft, AWS and even IBM in the running,” he added.