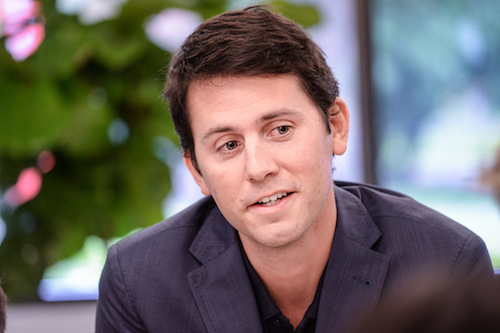 New Relic sells a digital intelligence platform that lets developers, operations and tech teams measure and monitor the performance of their applications and infrastructure.

It said the acquisition of CoScale, terms of which weren’t revealed, is intended to help accelerate its product roadmap and boost its strategy of supporting container and microservices-based architectures. The plan is to incorporate CoScale’s capabilities into its New Relic Infrastructure platform in order to build a stronger container and Kubernetes monitoring product.

“We are thrilled to bring CoScale’s knowledge and deeply technical team into the New Relic fold,” Ramon Guiu, senior director of product management at New Relic, wrote in a blog post. “The CoScale team members joining New Relic will focus on incorporating CoScale’s capabilities and experience into continuing innovations for the New Relic platform.”

The acquisition serves to illustrate how New Relic has transformed itself in recent years to cater to an increasingly diverse world of application development. Back in the days when New Relic first emerged, application monitoring was fairly simple, since most were hosted in customer’s data centers. But in recent years the landscape has changed dramatically, and most apps are much more complex, tapping into data stored across a multitude of devices and cloud platforms.

As part of this trend, developers are increasingly using software containers to build their apps, because they enable software to be built just once and run on any computer platform. Kubernetes is the most widely used orchestration tool to help manage large deployments of software containers.

Analyst Holger Mueller of Constellation Research Inc. said that given the small size of CoScale’s team, the acquisition looks like an “acquihire” designed to snatch up its talent, in particular co-founders Stijn Polfliet (pictured) and Fred Ryckbosch.

“Kubernetes has clearly won the container wars for now, and that means all players need to increase capabilities and know-how in the domain,” Mueller said. “This should strengthen New Relic’s capabilities. It will be interesting to see how CoScale’s know-how fits into New Relic’s roadmap.”

New Relic said key members of CoScale’s team, including its two cofounders, will be based at its European Development Center in Barcelona.