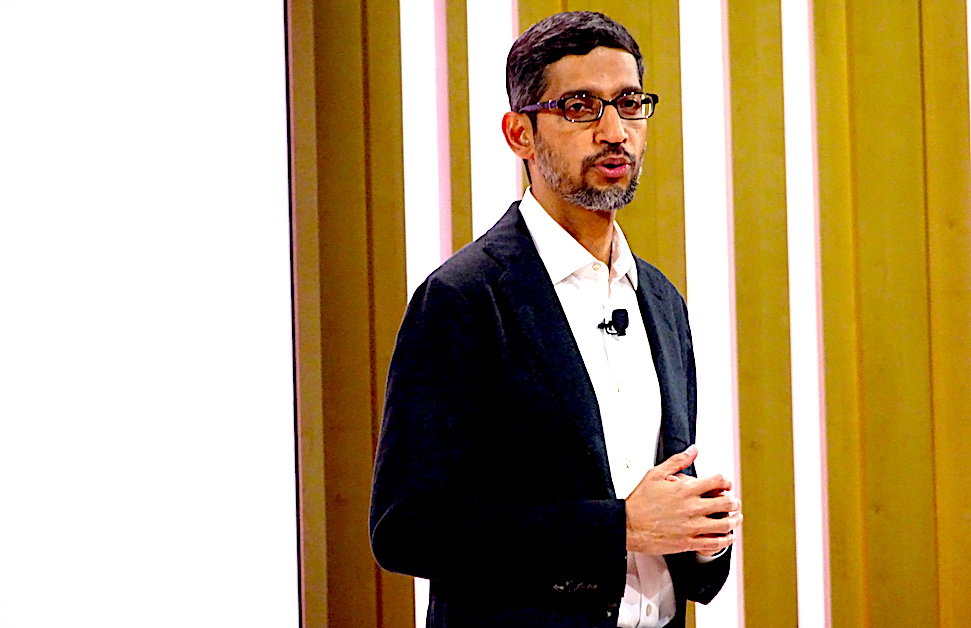 In a quarter made murkier by accounting changes announced earlier this month, Alphabet Inc. reported a first-quarter profit of $6.6 billion, or $9.50 a share, down from $13.33 a year ago when it got a big boost in income from its stake in Uber Technologies Inc.

However, Alphabet earned $11.50 a share before a $1.7 billion fine by European regulators charged to the quarter. Revenue rose 17%, or 19% not counting currency exchange rate changes, to $36.34 billion.

Analysts polled by FactSet on average had expected the company to post a profit of $10.53 a share before the recent fine. They had expected first-quarter revenue of $37.33 billion, or $30.34 billion after accounting for the $7.26 billion cost of acquiring traffic.

This quarter may be more difficult to assess immediately, since Alphabet has changed the way it accounts for some costs and gains. For one, it had already said it would count its latest European fine for advertising practices in the first quarter. It also will change how it shows investment gains, reporting only the net gains from performance fees after accounting for performance awards. And that situation could remain complex, since Alphabet could gain billions of dollars from its 5% ownership of both Uber and Lyft Inc., two of biggest tech initial public offerings of 2019.

In any case, though, revenue growth disappointed, exacerbated by the impact of timing of product changes for Google properties, an industry lull in ad and marketing spending and some changes in YouTube ads. Google executives indicated that lull may ease in the current quarter. But analysts aren’t so sure.

“The surprising magnitude of the deceleration highlights the limited visibility in the GOOG model,” Macquarie Research (USA) Inc. analyst Ben Schachter wrote in a note to clients, adding that executives weren’t very reassuring in their commentary. “Emerging growth drivers with Cloud, hardware, Play, and the optionality built into its Other Bets are interesting, but all will struggle to offset the slowing core.”

For the first quarter, at least, spending moderated, which may explain the earnings beat. Capital spending, which Alphabet always warns can be lumpy from quarter to quarter, was $4.64 billion, down from $7.08 billion in the fourth quarter and $7.3 billion a year ago. Also, traffic acquisition costs came in significantly below forecasts.

In any case, investors didn’t like what they heard. Alphabet’s shares fell about 7% in after-hours trading. They had risen about 1.5%, to $1,296.20, in regular trading. Before today, they were up nearly 30% from a December low and close to an all-time high. Update: Shares were falling more than 8% in Tuesday morning trading.

“As expected, Google ad revenue growth has been slowing amid downward pressure on ad prices, especially for revenues coming from international markets,” eMarketer Senior Forecasting Director Monica Peart said in an email. “The company was still experiencing tailwinds at this time last year, and is now experiencing headwinds on ad prices, making for a less rosy year-over-year comparison.”

Google’s cloud computing operation trails far behind market leaders Amazon Web Services Inc. and Microsoft Corp. — both of which saw strong cloud revenues in quarterly results reported last week — and it’s still a small portion of Google’s advertising-focused revenue. But cloud is a key focus for investors both because of its growth potential and because of how much Google must spend in data centers, engineers and salespeople to compete.

Problem is, Google doesn’t report its cloud revenues and hasn’t provided new clues since Chief Executive Sundar Pichai (pictured) said more than a year ago that it’s a billion-dollar-a-quarter business. At last month’s annual Cloud Next conference, he insisted that “cloud is one of the most important investment areas for Google” and promised that “we are in it for the long haul.”

The one indication of cloud revenue comes from Google’s “other revenues” segments, which is mostly cloud but also includes Google Play apps, smartphones and smart speakers. Google said revenue rose 25%, to $5.45 billion. Chief Financial Officer Ruth Porat said on a conference call that cloud was the third major driver of revenue growth, behind mobile search and YouTube ads. She also said cloud led the overall company’s growth in headcount, both in engineering and sales.

Analysts had reckoned revenue of $5.67 billion, so the segment came in a bit short, though Porat said cloud and Play led growth but that growth was offset by lower hardware revenue thanks to competition with its Pixel phones. “Google Cloud Platform remains one of the fastest-growing operations at Alphabet,” she said. However, the overall segment’s rate of growth pales considerably next to AWS’ and Microsoft’s cloud growth.

On top of a series of announcements at Cloud Next, in particular aimed at companies that want to use Google’s cloud in conjunction with their own data centers in a “hybrid” or multicloud arrangement, Google today announced that Nvidia Corp.’s powerful T4 graphics processing unit chips for machine learning and other demanding computing workloads are now available for use in eight cloud regions. That makes Google Cloud the first to offer the GPUs globally.

Alphabet also reported that what it calls “Other Bets,” which include its self-driving car startup Waymo and health venture Verily, had $170 million in revenues, up from $150 million a year ago. Analysts were looking at revenues of $172.2 million. The segment posted an operating loss of $868 million, way up from a $571 million loss a year ago.

As usual, however, ads dominate the results, with a 15% rise in ad sales from a year ago, to $30.7 billion. That slowdown in growth in what is by far its largest business dominated analysts’ questions on the conference call, and the stock swoon after-hours indicates they’re worried it could continue.

Still, Google continues to dominate in search ads and its YouTube video service continues to see more advertiser interest in video ads. Along with Facebook, it commands the lion’s share of digital advertising and possibly all of its growth in aggregate versus the other players.

Google is expected to unveil a raft of new hardware products and other services next week at its annual Google I/O conference for developers near its headquarters in Mountain View, California.