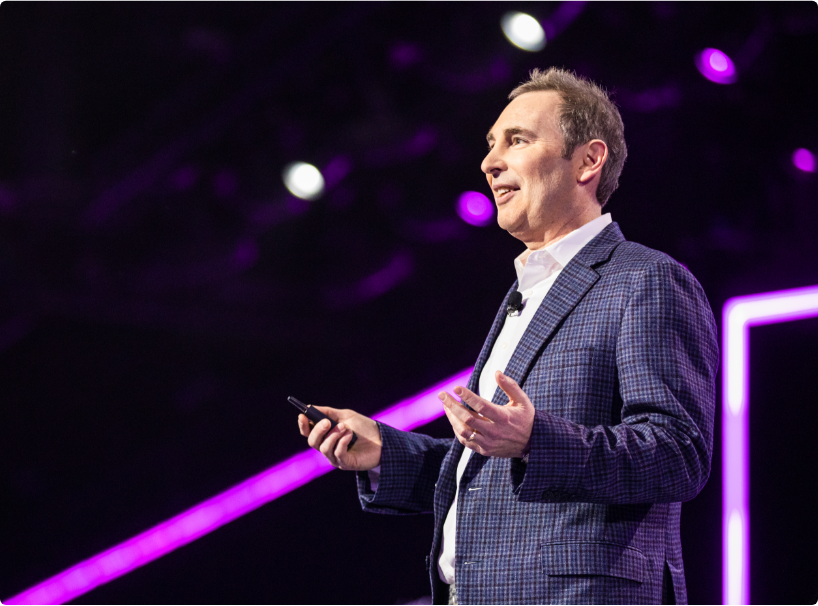 There’s no lack of statistics that show how Amazon Web Services Inc., with 41% of the infrastructure-as-a-service market, remains the winner and still champion of the public cloud.

According to data compiled by Visual Capitalist, one-third of the people who access websites every day on the internet are clicking into domains powered by AWS. The leading public cloud provider has five times more deployed cloud infrastructure than its next 14 competitors combined.

One company — Netflix Inc. — consumes 15% of the world’s global internet traffic, 40% at peak times, and it is, not surprisingly, almost wholly dependent on AWS for its services.

Yet, the interesting subplot to all of this is that AWS is by no means running away in the race to lead the public cloud market. Recent analysis from Enterprise Technology Research and SiliconANGLE Media Inc. sister market research firm Wikibon Inc. shows that AWS’ significant lead is slowly being eaten away by Microsoft Corp. and its thriving Azure cloud business.

Will the king be dethroned in the next year or two? AWS will undoubtedly make the case that it plans to keep its foot on the innovation pedal when it kicks off the eighth annual re:Invent conference in Las Vegas today.

SiliconANGLE Media is at re:Invent with exclusive commentary and interviews from its livestreaming video studio theCUBE. TheCUBE’s coverage will begin Tuesday, Dec. 3, at 11 a.m. PST and end on Thursday, Dec. 5, at 4:30 p.m. PST. (* Disclosure below.)

AWS Chief Executive Officer Andy Jassy recently took it upon himself to comment on the competitive gap when he told employees that AWS was 24 months ahead of Microsoft “in functionality and maturity.”

Jassy’s remarks were prompted by the controversial decision in October to award a $10-billion federal cloud computing contract, known as Joint Enterprise Defense Infrastructure, or JEDI, to Microsoft. AWS filed a protest under seal in the U.S. Court of Federal Claims in November to contest the award, claiming that the bid process was improperly influenced by the president of the United States.

Whether it finds itself in an escalating fight for business with Microsoft or not during the coming 24 months, AWS will undoubtedly use this year’s re:Invent to make news through a host of releases. If past events are any guide, the announcements will come fast and furious for nearly a solid week.

For a reality check on what to expect, it’s worth taking a brief look at last year’s major product announcements, which AWS conveniently makes available on its website. There were even 18 categories of news, ranging from databases and compute to the internet of things and machine learning.

ETR’s research shows that AWS continues to maintain a strong position in databases or the data warehouse business, allowing customers to leverage structured data from many sources for business analysis. Last year, AWS made six major announcements is this area alone, including Timestream, a fully managed time series database service for IoT applications, and Amazon RDS on VMware for database management on-premises or in hybrid environments.

New products last year in the analytics space included QuickSight, billed as the first business intelligence service to offer machine learning and natural language-driven insights for all enterprise users, and Kinesis Data Analytics for Java as an easier way to generate actionable insights from streaming data.

It’s also a safe bet that this week’s gathering will produce some surprises. AWS has demonstrated a distinct fondness for stepping outside of the box at this event and announcing a few new products or services that no one saw coming.

Last year, the company introduced a fully managed Ground Station as a service to let users control satellite communications for the downlink and processing of data. Since then, AWS has activated Ground Station in Ohio and Oregon, and a recent report listed a number of companies that have stated plans to take full advantage of the service.

Other announcements from the past two conferences have involved a new service to test and deploy intelligent robot applications, translation and transcription technologies, and smart video analytics powered by AWS Rekognition.

One issue that could slow the growth for AWS and its public cloud competitors is security. The complex task of securing data and applications in a hybrid-cloud world has been singled out in a recent Forrester Research Inc. report as the next big challenge in the cloud-management space.

AWS has not been immune to at least an association with data breach issues in 2019. More than 100 million credit card applications and 140,000 Social Security Numbers were stolen from AWS customer Capital One Financial Corp. in July, and personal records of PayMyTab customers were left exposed earlier this year in an unsecured AWS data storage bucket.

The Capital One theft triggered a call for an investigation from two U.S. Senators, while AWS has steadfastly maintained that the attack stemmed from a misconfiguration in the application layer of a firewall installed by Capital One. Just two weeks prior to the start of re:Invent, AWS announced additional protections, including an update to guard against misconfigured firewalls, such as the one described in the Capital One breach.

Jassy has guided Amazon’s cloud business from its very start in 2003 when he launched with a staff of 57 people. Since then, Jassy, an ardent sports fan, has led AWS to the pinnacle of the cloud-computing world and recently joined an ownership group seeking to bring a professional hockey team to Seattle.

Whether it’s sports or technology, maintaining a position at the top is a continuous challenge. Security, databases, analytics, IoT, and even satellite downlinks … everything is on the table for future enhancement as Jassy and his team prepare to tell the world this week how AWS intends to stay in front of its competition.

How to watch theCUBE interviews at re:Invent

Viewers can watch theCUBE livestream on two streams for each set:

All of theCUBE’s exclusive interviews from AWS re:Invent will also be available on theCUBE’s dedicated event website.

Guests who will be interviewed on theCUBE at re:Invent

If you are unable to attend the re:Invent event in Las Vegas, you can watch live and on demand here.

(* Disclosure: Some segments on SiliconANGLE Media’s theCUBE are sponsored and identified as such. Sponsors have no editorial control over content on theCUBE or SiliconANGLE.)