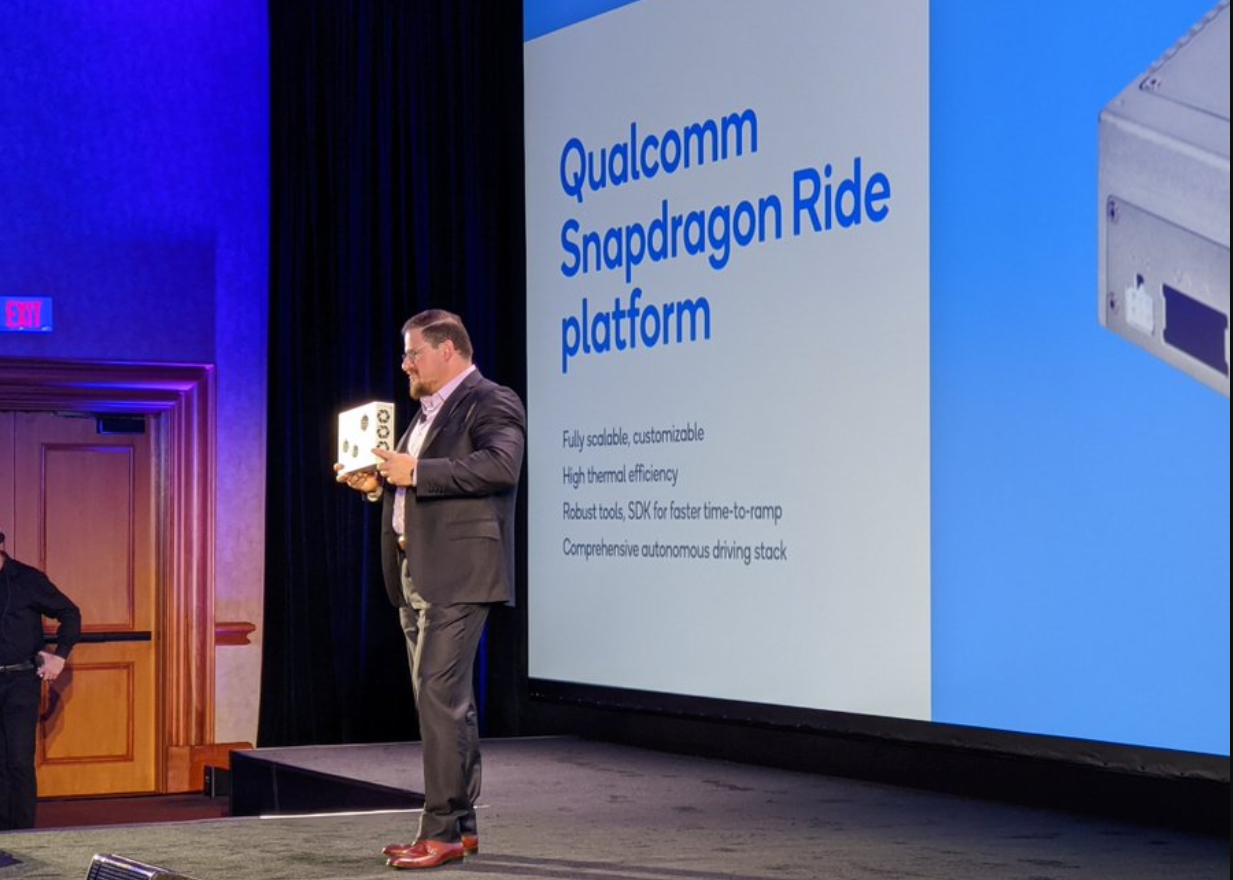 Semiconductor maker Qualcomm Inc. is making a play for the automotive sector with the launch of its first self-driving car platform.

Announced at the Consumer Electronics Show today, Qualcomm’s Snapdragon Ride Platform is designed to make it easier for automakers to transform their vehicles into self-driving cars. The platform includes everything needs to run an autonomous vehicle, including the artificial intelligence software needed to avoid collisions, and compact, power-efficient hardware.

Qualcomm said the platform will be able to assist with tasks such as automatic emergency braking, lane keeping assist functions, automated highway driving, urban driving situations, driving in heavy traffic and traffic sign recognition. It will also be able to perform fully autonomous driving for things such as robo-taxis by the time it hits the market in 2023, the company said.

The Snapdragon Ride Platform is Qualcomm’s first effort at creating a fully autonomous car system. Qualcomm has actually been a major supplier to the automotive sector for years, but its primary focus has always been on the modem chips needed to power infotainment systems and connect vehicles to the internet.

Unlike rivals Intel Corp. and Nvidia Corp., which have been very public about the millions of dollars they’ve invested in their autonomous driving systems, Qualcomm’s effort has been very much under the radar.

In an interview with Reuters, Patrick Little, senior vice president and general manager of Qualcomm’s automotive business, said the company had applied the expertise it gained from making mobile phone processors to build powerful hardware that consumes very little electricity. He said Qualcomm’s new computers are tiny and can fit into the palm of a hand, and that they do not require cooling systems to prevent them from overheating. He said low power consumption would be critical for self-driving cars.

“Many of these cars have a supercomputer in the back. It looks like your kid’s gaming PC,” Little told Reuters. “Now imagine you’re putting that in the trunk of an electric vehicle. Now your range anxiety is just doubled.”

Qualcomm explained that the Snapdragon Ride Platform can also be broken down into specific components that can be scaled up according to car maker’s needs. For example, customers might wants to use a smaller version of the platform for simpler tasks such as lane-control, while others may want a more comprehensive self-driving experience that requires the full platform. The company has also created its own self-driving algorithms for customers that want to use them.

Constellation Research Inc. analyst Holger Mueller told SiliconANGLE that separating hardware from software in this way is a smart move that has worked well with other platforms.

“What is different this time is that the self-driving car is likely not going to be an autonomous operating platform, but a connected platform that depends on surrounding platforms,” Mueller said. “That makes the stakes and adoption prediction harder, and also more exciting.”

“Qualcomm’s Snapdragon Ride puts it in direct competition with Nvidia and Intel’s self-driving tech efforts,” said Patrick Moorhead, an analyst with Moor Insights & Strategy. “I am super-impressed with the AI performance per watt. Qualcomm has been shipping into automotive for nearly 20 years now, so this isn’t its first rodeo.”

Qualcomm also announced a new Car-to-Cloud Platform at CES that enables automakers to offer on-demand services to drivers both before and after they purchase a vehicle. The platform uses data analytics to show automakers which features their customers are using, so they’ll be able to pitch more advanced capabilities and services based on that information.