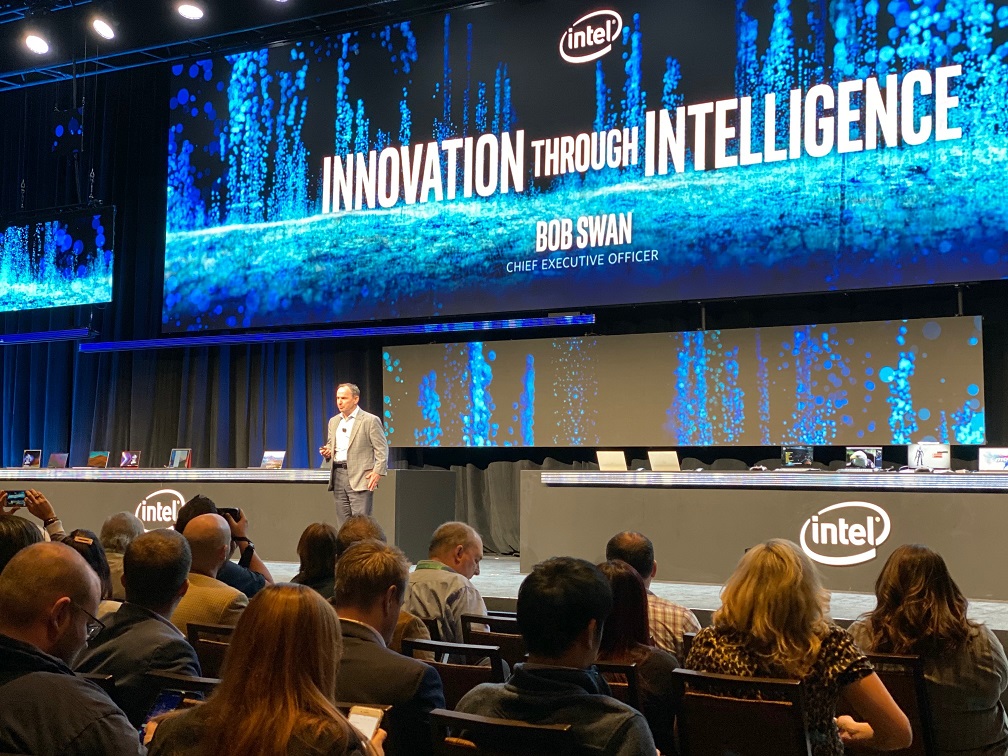 CES reveals a surge in AI, 5G and edge computing – especially in the enterprise

Behind the connected underwear, smart trash cans and a mood harness for dogs, a more significant confluence of trends emerged this week at the Consumer Electronics Show in Las Vegas: The technology industry is moving en masse to embrace 5G, artificial intelligence and edge computing.

Amid the noise surrounding an array of mind-numbing gadgets at CES is an inescapable fact: Data now runs the world and new technologies for the 5G wireless standard, AI and processing information on edge devices will be essential to make it all work.

As Andreas Schaaf, chief customer officer of the automaker Byton Co., put it in his company’s CES press conference on Sunday, “For consumers today, it’s more about data power than horsepower.”

One year ago, the lack of concrete evidence that 5G would be widely deployed in 2019 became a key story to emerge from CES. This week, a top executive for smartphone processor supplier Qualcomm Inc. offered a more convincing argument that 2020 will be the year of 5G.

“2020 is the year we expect 5G to scale, it’s really moving faster than 4G,” Qualcomm President Cristiano Amon said during his company’s press conference Monday. Amon indicated that he expected 200 million 5G smartphones to ship over the next 12 months. “And that number is conservative,” he added.

The company also teamed up with Lenovo to announce what was billed as the world’s first 5G laptop, called Yoga, that will run on the Qualcomm Snapdragon 8cx platform.

While Qualcomm may be seeing early evidence of the 5G rocket beginning to lift off in the PC and smartphone markets, researchers from the Consumer Technology Association, which produces the annual CES event, believe that the enterprise will lead the 5G charge.

In CTA’s long-term view, 5G deployment will be fueled by a combination of lots of endpoints in environments such as smart buildings generating small amounts of data, and fewer endpoints churning out massive streams of information such as traffic safety systems.

“5G will be led by enterprise applications,” said Steve Koenig, vice president of research at CTA. “This 5G narrative is going to continue to unfold as we move into this decade.”

Processing that rapidly expanding mountain of data facilitated by the faster, more robust 5G pipeline will require increasingly sophisticated intelligence tools. It’s in this area where another key processor company – Intel Corp. – has made a significant investment as part of its overall data center strategy.

“How do we embed intelligence into everything that we make?” Intel Chief Executive Bob Swan (pictured) asked at his company’s press conference on Monday afternoon. “Everything needs to be processed to make the data more relevant and useful.”

The answer to Swan’s question in Intel’s case was to make a range of announcements this week designed to bolster the company’s position in autonomous driving and mobile computing. Intel demonstrated advancements in its Mobileye automotive navigation technology and revealed a lineup of Tiger Lake mobile processors with AI-embedded accelerators.

Company executives indicated on Monday that AI now accounted for $3.5 billion in revenue for Intel, fueled by its flagship Xeon processors. “More data center AI runs on Xeon than on any other platform,” said Navin Shenoy, executive vice president and general manager of the Data Platforms Group at Intel. “We believe that AI hardware will be a massive opportunity for the industry.”

Indeed, the enterprise march toward the AI landscape is already pushing deep into the consumer market as well. LG Electronics devoted the first 20 minutes of its press conference Monday to a lengthy discussion of AI before making a single new product announcement.

LG’s ThinQ intelligence platform has been integrated across its vast portfolio of consumer products and services. Air conditioners sense the number of people in a room and automatically adjust the temperature accordingly. A washing machine identifies the type of fabric inside sets the correct wash cycle as it continuously processes information.

“It’s a transformation of the very nature of our business, of our relationship with our customers,” said I.P. Park, president and chief technology officer of LG Electronics.

A consequence of the need for AI at the device level is the growing demand for processing at the edge. On Monday, Qualcomm introduced an intelligent edge box for 5G connectivity in AI processing.

According to Amon, the new edge product will be deployed commercially at scale in the second half of this year. “It’s the result of a design win with a major hyperscaler company,” he said.

Driving these major moves by key chipmakers such as Qualcomm and Intel is a sobering forecast of a data-centric future. Swan cited Intel’s own statistics indicating that 175 zettabytes of data will be created by 2025. That’s the equivalent of 6.5 billion years of high-definition video content, according to Swan, who also said half of that data will be created at the edge.