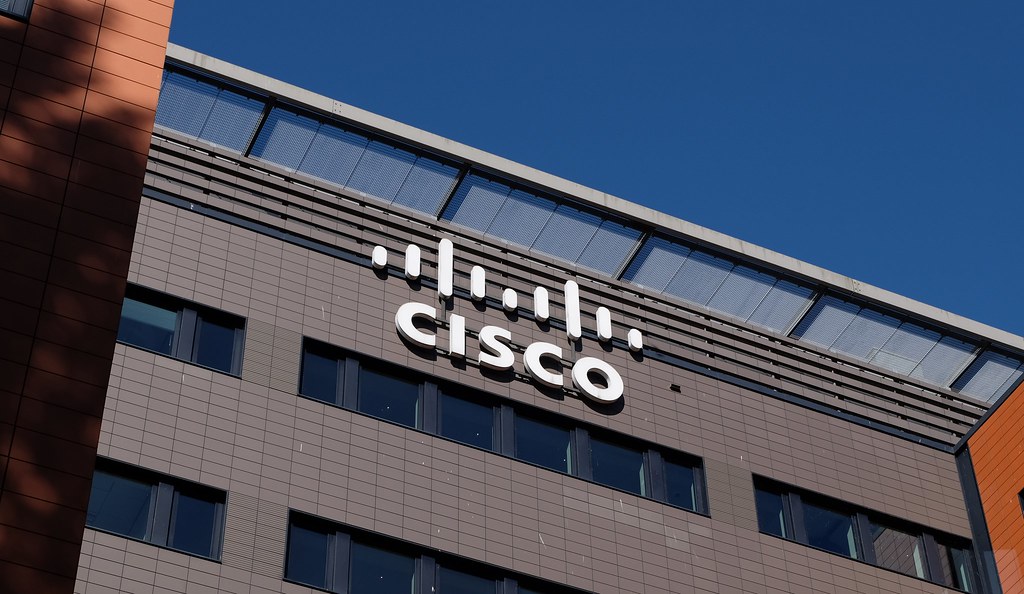 Big fish eat smaller fish, and in the annals of corporate acquisitions, Cisco Systems Inc. has a well-documented, king-sized appetite.

Since its founding in 1984, Cisco has acquired more than 200 firms, an average of approximately six per year. The company’s acquisition strategy has been the subject of Harvard case studies, detailed media profiles and continual speculation over its next move.

Yet, behind this seemingly insatiable acquisition appetite is a method and philosophy well worth examining, because Cisco continues to dominate the global switch and router markets and remains the leader in industrial networking. Its acquisitions are an important barometer of not just where the enterprise information-technology market stands, but where it is going — and where Cisco itself is going. And that conversation starts with the cloud.

“We’re entering a new era of cloud that is heavily emphasizing getting more value out of data,” said Dave Vellante, chief analyst at SiliconANGLE Media Inc.’s sister market research firm Wikibon Inc. and co-host of SiliconANGLE’s video studio theCUBE, in a recent breaking analysis video. “The move to cloud-native architectures is mostly a move to public cloud and Cisco, among others, must not be cloud-naïve. It has to remain relevant in the cloud.”

Cisco’s acquisition activity over the past three years is instructive in how it intends to stay cloud-relevant. In its quest to move from selling hardware for networking to software solutions and a prime seat at the hybrid cloud table, Cisco has moved strategically to purchase companies that will help move that agenda forward.

While the company has made progress, it has not reached the promised land, as indicated by the recent comments of Cisco Chief Executive Officer Chuck Robbins during his visit to the World Economic Forum in Davos, Switzerland.

“When I became CEO, one of the things I said was we are going to sell our technology to our customers in any way they would like to consume it,” Robbins said. “The good news for us is we’ve made huge progress on our software transition — 30% of our product business is now coming from software. The tough part in this kind of environment is that 70% is still hardware, so we have a long way to go.”

Cisco will reveal more of its plans, along with new products, this week at its Cisco Live conference in Barcelona.

Cisco has nurtured a long-term relationship with major carriers in the telecommunications industry, which accounts for 25% of the firm’s total revenue. With the coming roll-out of a new 5G wireless standard, Cisco has moved to protect its flanks in this space.

5G will put pressure on carriers to handle a surge of data and an expected rise in global internet traffic. The acquisition of Acacia Communications Inc. by Cisco for $2.6 billion in July gives the company optical component technology that will be highly valued by the telecom community.

The acquisition of Acacia followed two other purchases of note. In November 2018, Cisco acquired Ensoft Ltd., a provider of software solutions for service provider networks, and Singularity Networks Inc. last January, which offered technology for extracting and managing huge amounts of data.

“I think the opportunity for partners in 5G is going to be around how enterprises think about consuming 5G services and how they build out IoT applications that are made possible by 5G connectivity,” said Robbins during an interview last year. “I think those industries’ solutions are going to be huge.”

In addition to building a long-term role in 5G, Cisco wants to maintain its position in the infrastructure platform business, which currently accounts for 60% of its revenues. This has led the company to acquire firms that are cloud-first, application-centric and software-defined.

The groundwork for Cisco’s approach was laid when it acquired AppDynamics Inc. and Viptela Inc. for a combined $4.3 billion in 2017. While AppDynamics has emerged as an enterprise tool for managing application performance and software-defined systems, Viptela provided a solution to help enterprises manage interconnected dispersed networks.

“The reason we liked Viptela versus other choices is the cloud-first approach they have taken, which also happens to be very software-centric,” explained Rob Salvagno, who guides merger, acquisition and venture investments for Cisco. “What we’ve learned is Cisco has a proven model for driving a lot of value in markets we understand that are undergoing transition, and that’s what we plan to do with Viptela.”

In a signal that Cisco intends to grow its expertise in the hyperconverged infrastructure space, it also acquired Springpath Inc., Skyport Systems Inc., and the Australia-based network performance vendor Exablaze Pty. Ltd. over the past two years.

Cisco has been particularly active building its expertise in AI through acquisition as well. It acquired MindMeld Inc. in 2017 and then redeployed it as a conversational, open-source AI platform last year. Accompany Inc., an AI-driven relationship intelligence platform, was purchased in 2018, and the company bought Voicea Inc. in August to provide voice transcription for its Webex meeting tool.

An important part of Cisco’s AI strategy is to deliver intelligence tools deeper into the network. Perspica Inc., with its machine-learning capability to evaluate large amounts of application data, was acquired in 2017 as a support tool for AppDynamics. Cmpute.io, also purchased that year, analyzes cloud deployed workloads and consumption patterns. And CloudCherry Inc. was acquired in August to offer predictive analytics across the enterprise.

Cisco has made numerous security firm acquisitions over the past seven years, but two of the more recent ones stand out as indicative of the networking industry’s direction.

In 2018, Cisco purchased Duo Security Inc. for $2.35 billion. Duo was an early player in zero-trust strategy, an assumption that all users and devices were untrusted until proven otherwise. Cisco described the Duo acquisition as adding an important multicloud dimension.

“This acquisition is going to enable us to allow customers to securely connect any user on any device to any application over any network,” said Cisco executive David Goeckeler at the time of the announcement. “It’s just that simple.”

More recently, Cisco acquired Sentryo SAS last year, which was notable because of the firm’s expertise in industrial internet of things and edge security. Cisco is leveraging its security business, which grew 16% in sales during the last fiscal year, to address the Cloud Edge — the intersection of the network and cloud — an increasingly significant enterprise risk.

Cisco’s highly active acquisitions strategy is designed to place the networking giant squarely in the conversation when it comes to multicloud. Whether it involves security, 5G, infrastructure or AI, Cisco must make its bets and then let the market decide whether it was right or not.

“While Cisco doesn’t show the spending momentum of a Microsoft Azure or Red Hat or Google, it’s in that multicloud game,” Vellante said. “My premise is that Cisco is coming at that opportunity from its strength in networking. It’s got more than a fighting chance because Cisco is in the best position to connect multiple clouds to on-premises and convince buyers that Cisco is the best partner to make networks higher performance, more secure and more cost effective than the competition.”