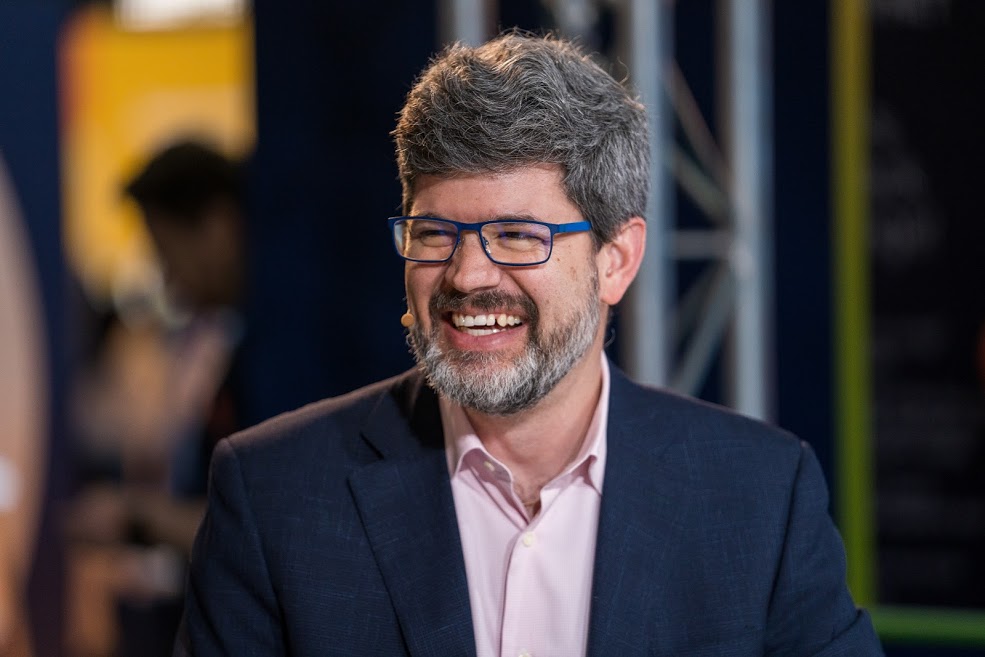 Some companies steadily build toward an initial public offering, while others stay private. Then there’s AppDynamics Inc. which called off its IPO practically at the last minute in 2017 when Cisco Systems Inc. dangled a check for $3.7 billion.

What led Cisco to proffer an eyebrow-raising sum of money, more than twice the estimated IPO valuation, for a company that sold application monitoring software to business? Three years later, the answer is coming into focus based on a series of moves the networking giant has made since, culminating with major announcements released during its conference in Europe over the past week.

At the core of the AppDynamics acquisition is a simple principle: Applications enable businesses to use data and get results.

“It really starts with the application, and Cisco recognizes that and the implications for the way we think about the entire technology stack,” said Danny Winokur (pictured), general manager at AppDynamics, a Cisco company. “In the world we’re now living in, where applications have become the center of the business, you have business initiatives encoded in applications. And that’s what actually drives the use of technology in the organization. You show them the data, and you connect the data and the technology to a business result.”

Winokur spoke with John Furrier and Stu Miniman, co-hosts of theCUBE, SiliconANGLE Media’s mobile livestreaming studio, during the Cisco Live event in Barcelona. They discussed recent product releases, the importance of staying closely attuned to the user experience, and the value of collaboration across the enterprise. (* Disclosure below.)

This week, theCUBE features Danny Winokur as its Guest of the Week.

Connecting across the enterprise

To better understand Cisco’s direction with AppDynamics, it’s worth briefly examining the company’s moves since 2017. In October of that year, AppDynamics’ updated its product set to reflect a move from traditional monitoring of performance at the application or device level. Now its tools would connect with a much broader swath of the enterprise, encompassing business processes throughout an organization.

“The problem that we’ve seen in the traditional operating model is not only are the teams siloed, but the technologies and the data that they rely upon keep them siloed,” Winokur said. “As changes in the market push them to work together, they need common tooling and common data sets. We’re connecting AppDynamics to the tools that are beneath it in the stack.”

This approach has positioned AppDynamics as a partner for digital transformation. AppDynamics saw the enterprise move toward containerized applications, so it launched Kubernetes monitoring in mid-2018. Seven months later, the firm expanded its broader vision with the introduction of Cognition Engine as an automated way for DevOps teams to track issues across systems.

In January, the company introduced Intersight Workload Optimizer, a solution to exchange and correlate data with AppDynamics so that information technology and DevOps teams could gain deeper visibility into infrastructure dependencies and their impact.

“You can have each team, each persona, use a tool that they’re comfortable with, that’s specialized for their domain, but the data sets are now connected so it gives them a single source of truth,” Winokur said.

“It adds a new lens that is focused on the screens that end users are actually seeing in their browser or on their mobile device,” Winokur explained. “It uses artificial-intelligence and machine-learning technology to automatically map a screen-by-screen journey flow through the application.”

This close attention to the user’s application experience stems from more than a sincere interest in the customer journey. Users will not only drop a poor-performing product like a hot potato, they will often go out of their way to tell the world why they dropped it. And AppDynamics has the data to prove it.

“We know, from our app retention index, that 50% of users are willing to pay more for a competitor’s product if it performs and gives them a better experience,” Winokur said. “Worse yet, 63% of users in the app-retention index have told us that if they get a sub-par digital experience, they’re going to not only leave, but badmouth about the experience they had and spread ill will about your application.”

Winokur used his keynote presentation at Cisco Live to highlight the growing role of BizDevOps, a collaborative approach between business teams, operations staff, and developers. The goal is to eliminate poorly performing applications while enhancing the user’s overall digital experience.

Speed of iteration or development cycles, represents an important part of enterprise IT. When organizations use a mix of private and public cloud solutions, additional pressure is placed on monitoring tools to manage what has become an increasingly complex, high-velocity environment.

With its prominent position in the application monitoring space, AppDynamics has seen the shift toward hybrid and multicloud architectures among its customers.

“The cloud is great for a lot of the high-velocity, fast-moving things, but it’s not always the least costly way of running everything,” Winokur noted. “We see some recoil back to these hybrid environments where people are now running some cloud technologies on-premises. For almost every single organization that has their business running in apps, those are hybrid and multicloud apps.”

Winokur has witnessed firsthand how industry dynamics and user preference can evolve in the technology world. Nearly a decade ago, while serving as a top executive at Adobe Inc., Winokur found himself in the middle of a conflict between his firm and Apple Inc.’s Steve Jobs.

Apple’s legendary co-founder strongly disliked Flash, Adobe’s media player tool for mobile devices, and banned it from its iPhone and tablet products. In 2011, Winokur announced to the world that Adobe would no longer develop Flash for mobile devices, focusing instead on PC browsing and applications.

Today, Winokur is steering AppDynamics through the seas of change in a world that demands speed and connectivity across multiple tech platforms in the enterprise.

“The whole point now is about multidomain and actually connecting the different layers of the technology stack to produce insights,” Winokur said. “The winners in an experience-driven world are those that can implement with velocity, not break things, and deliver well-designed, beautiful experiences.”

Here’s the complete video interview, part of SiliconANGLE’s and theCUBE’s coverage of Cisco Live. (* Disclosure: Cisco sponsored this segment of theCUBE. Neither Cisco nor other sponsors have editorial control over content on theCUBE or SiliconANGLE.)