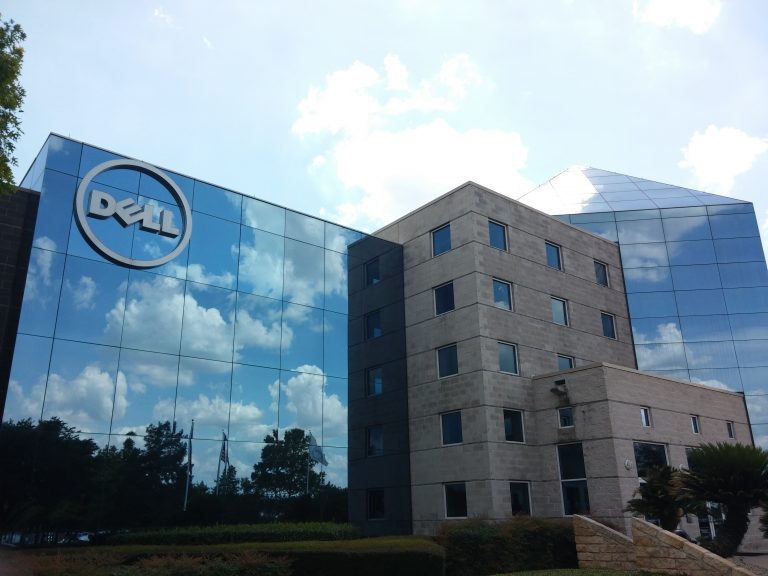 Dell Technologies Inc. today beat earnings estimates for the fiscal 2020 fourth fiscal quarter on strong growth in its services business, a tailwind from an ongoing refresh cycle of Microsoft Corp.’s Windows 10 and 11% growth in sales at its VMware Inc. subsidiary, but none of that was enough to please investors already gun-shy from this week’s coronavirus-driven correction.

The main problem: The company’s troubled Infrastructure Solutions Group, which comprises sales of servers and storage, continued to struggle, reporting an 11% drop in sales, to $8.4 billion, from the same quarter last year. Storage revenues fell 3%, to $4.5 billion, while servers and networking revenue declined 19%, to $4.3 billion.

Dell blamed much of the decline in server sales on the Chinese market, which plummeted 35%, with most of that decline coming before the onset of the coronavirus. Fears of the virus’s economic impact has sent stock markets reeling this week, but China has been a tough environment for some time.

It’s likely to get tougher as the impact of the coronavirus, which is already responsible for the quarantining of 45 million people in China, affects the supply chain for parts like microprocessors and solid-state storage, said Glenn O’Donnell, vice president and research director at Forrester Research Inc. “If the virus doesn’t come under some control, it will impact the coming quarter for sure,” he said. “We see evidence of this already, as the Chinese supply chain is being disrupted notably.”

Dell’s current difficulties in China are more a function of trade friction, said Charles King, principal analyst at Pund-IT. “Dell has done a good job of collaborating with partners and customers in China, but the Trump administration’s stance on trade has, frankly, made it tough for U.S.-based tech vendors to do business there,” he said.

Outside China, enterprise sales were down about 5%, in line with the industry as a whole, Dell officials said. Corporate sales were also weak thanks in part to customers’ ongoing shift to cloud platforms and demands for pay-per-use pricing.

Fourth-quarter revenue inched up 1%, to $24.1 billion, a shade ahead of analyst estimates. Sales were aided by a 12% jump in services revenue offsetting a small decline in product sales. Operating income jumped 117% to $717 million and diluted earnings per share met analysts’ $2 estimate. Net income swung to $416 million from a loss of $287 million a year earlier.

For the full year, Dell reported revenue of $92.5 billion, up 2%. Operating expenses grew faster than revenue at 3% for the quarter and 4% for the year. Chief Financial Officer Tom Sweet said the accelerated expense growth was driven by investments in field sales, primarily focused on small and midsize businesses. For the year, operating expenses grew 6%, or three times the rate of sales.

Dell shares slide 2.8% in early after-hours trading at the end of a hideous day on Wall Street where the Dow dropped nearly 1,200 points.

The company’s growth rate has been mired in the single digits for three of the past four years, prompting analysts to ask executives if there were plans to accelerate sales. Executives said the company is balancing profitability with growth in an unusually unpredictable market while simultaneously slimming its product portfolio and overhauling ISG.

“We didn’t chase server and networking revenue at the expense of profit,” said Rob Williams, head of investor relations. Dell forecast fiscal year 2021 revenues of between $92 billion and $95 billion, with the high-end forecast representing growth of only 3% over the year just completed.

However, the company’s strategic position is strong than ever, analysts said. “That the company is leading or competing strongly in all of its core markets can’t be discounted due to short-term or transitory challenges,” said Pund-IT’s King.

Patrick Moorhead, principal analyst at Moor Insights & Strategy said Dell’s caution on pricing is appropriate, given the uncertain sales climate. “It must be noted that the company still holds the highest server market share,” he said.

Focusing too much on the short-term growth challenges ignores the long-term progress the company has made, said David Vellante, chief analyst at Wikibon, a sister company to SiliconANGLE. “Dell had a good PC business and a relatively weak enterprise business when it went private and is now a leader in virtually every category in which it plays,” he said. “As the company approaches $100 billion in revenue, it has a markedly better profitability and cash flow profile than it did before the EMC acquisition.”

‘The year of ISG’

Nevertheless, executives stressed the importance of halting an ongoing decline in its enterprise business, particularly in the storage market, where it has acknowledged past failures to keep up with technology innovations. The company has slimmed down its storage portfolio from 80 products a year ago to 20 today and expects storage sales to grow in fiscal year 2021, said Chief Operating Officer and Vice Chairman Jeff Clarke. “FY21 is the year of ISG,” he said.

In particular, Dell plans to take better advantage of its VMware installed base, which Clarke said is larger than the combined customer base of all major public cloud providers. “We have 30,000 commercial customers and only half buy storage from Dell,” he said. “Our job is clear: Ignite ISG growth, drive client revenue and maximize synergies with VMware.”

Forrester’s O’Donnell called VMware “perhaps the most important business for the Dell family.” While the virtualization giant narrowly missed earnings expectations in it most recent quarter, “it still grew like a weed,” O’Donnell said. “This is good for VMware and certainly good for Dell.”

Despite today’s somewhat disappointing earnings announcement, VMware is the “growth and profit driver for Dell Technologies,” Moorhead said. “Not only are its solutions higher-margin, they VMware is how the company will drive revenue in the public cloud.”

The slowdown in sales growth is also partially a function of a comparison to an exceptionally strong 2019, when sales jumped 14%. “The two-year growth was impressive,” Vellante said. However, he added that was was “disappointed in storage and ISG in 2020. Dell looks like a share donor in storage and maybe even servers right now,” he said, noting that some major competitors have yet to report.

On other closely watched fundamentals, Dell reported good progress. It ended the year with $11.8 billion in managed assets and paid down debt by $19.5 billion in 2020. Total debt now stands at $57 billion, but excluding VMware’s obligations Dell’s core debt stands at $33.8 billion. Dell announced a two-year, $1 billion share repurchase program, saying it believes its stock is undervalued and debt payments are under control.

Part of the cash to pay debt is coming from divestitures of nonstrategic assets, which have totaled $9 billion since the acquisition of EMC Corp. was completed in 2017. The pending sale of RSA Security LLC is expected to add $2 billion to its coffers, and executives said the first priority for those funds is debt repayment.