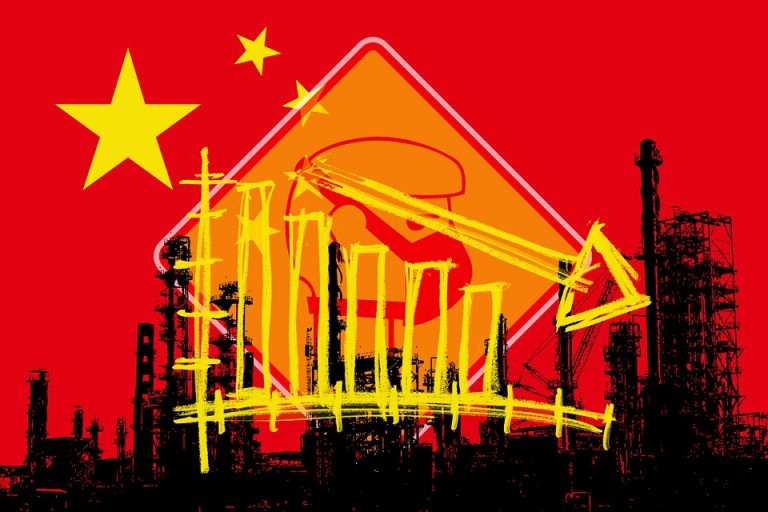 Despite claims that the price of bitcoin would continue to rise this year as a “safe haven” asset at a time equities markets are concerned about the spread of coronavirus, the opposite has instead occurred.

Whether the spread of the virus is to blame for both the initial rise and subsequent fall is open to speculation. One argument is that the price increase itself was driven by investors who believed that bitcoin would become a safe haven asset but when that didn’t happen, they bailed out. The only contagion in that scenario was unsustainable hype.

How did $btc go from being a hedge against bad stuff to getting washed out and trading like a risk asset? When things go from bad, to very very bad like they did last week, investors take leverage down as fast as they can. They book profits to make up for other losses. Ouch.

Another theory is that the situation in mainland China may be so grave that locals are selling off their bitcoin holdings. Peter Tchir wrote on Forbes that the Chinese economy may have “deteriorated so much under various quarantines and travel restrictions that people are being forced to sell bitcoin to purchase goods and services.”

“China reported composite [Purchasing Managers’ Index] of 28.9 this weekend, according to Bloomberg. That PMI has consistently been between 52 and 55 for the past five years, so a drop to that level is shocking,” Tchir wrote. “If economic activity has ground to a halt, it might mean people really are liquidating bitcoin to survive. That is far worse for the global economy and stock markets in the coming weeks, but would validate bitcoin for many.”

Billy Bambrough, also writing for Forbes, thinks that a ruling from the U.S. Securities and Exchange Commission may be behind the drop. He noted that the SEC rejected an ETF application from New York-based asset management firm Wilshire Phoenix and options exchange NYSE Arca on Feb. 26.

Where bitcoin goes next is anyone’s guess, as always. Dan Held, Kraken director of business developme, said Feb. 25 that he believes bitcoin will go as high as $100,000. One noted analysts who goes by the name “Dave the Wave” thinks this is “turbulence before take-off.” NewsBTC noted that Dave has a track record of accurately predicting bitcoin price movements.

This is it. The turbulence before take-off…. pic.twitter.com/4RtAVaoPXy

There are two things that are clear at this point. The first is that the idea bitcoin is a safe haven in a storm simply isn’t true. The second is that investors are once again in for a wild ride as bitcoin and other cryptocurrencies try to weather the coronavirus storm spreading across the globe.