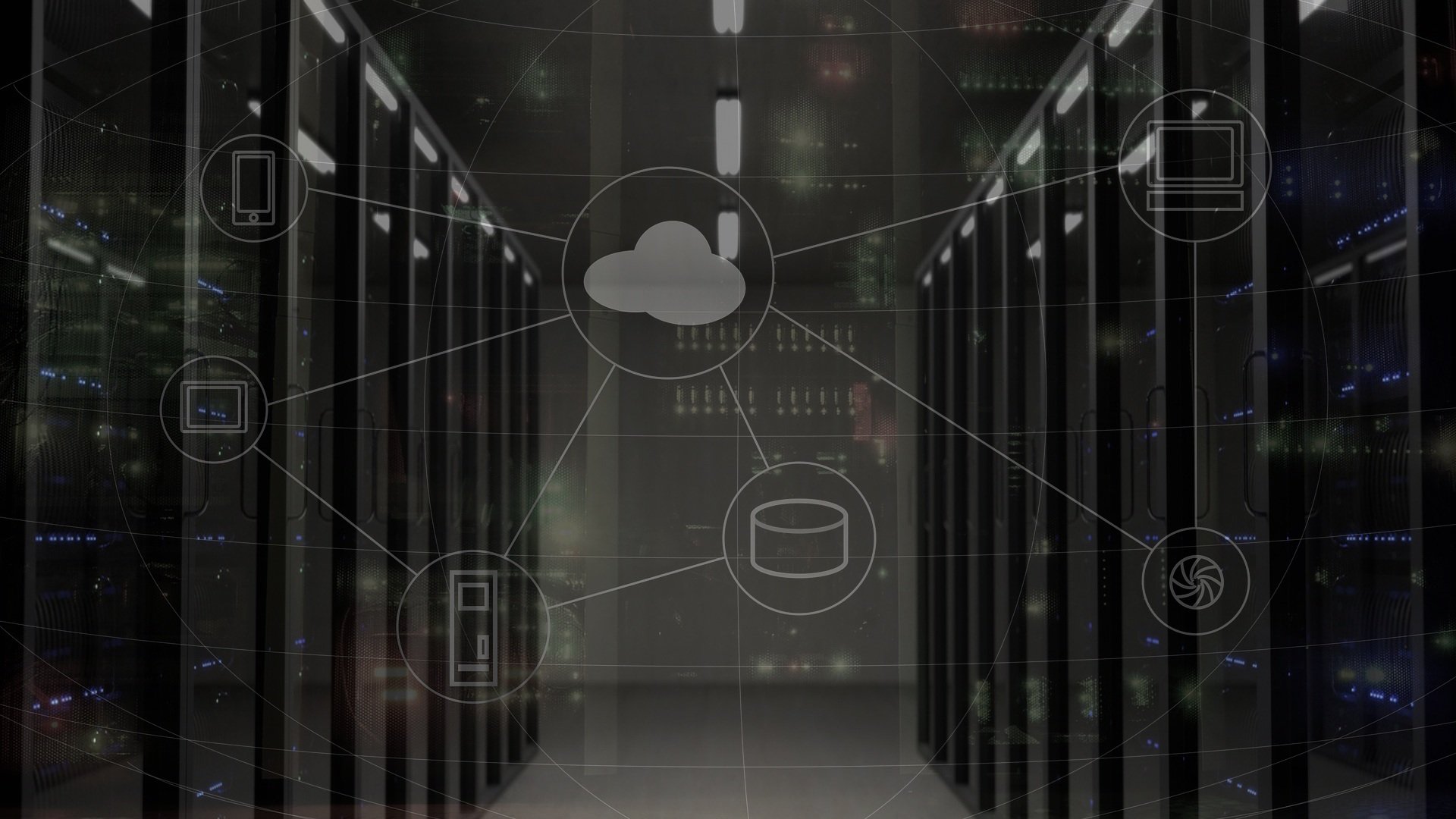 AppDynamics joins the dots in Cisco’s roadmap to multicloud

It’s taken just a couple of decades for humanity to develop a digital reflex. The consulting of connected devices has become second nature, and software applications are now the primary interface between a business and its customers. This means app performance has become business-critical. Customers demand speed, accuracy and accessibility. And apps are the primary source of the digital era’s most precious resource — data.

When apps don’t work, customers go elsewhere. Fast. And when customers move to a competitor’s app, that competitor gains their data value, as well as their business.

“We know, from our app retention index, that 50% of users are willing to pay more for a competitor’s product if it performs and gives them a better experience,” said Danny Winokur, general manager at AppDynamics, a Cisco company.

Even worse, 63% of users in AppDynamics’ app-retention index not only drop the app, but tell everyone else to drop it as well. And these days, it doesn’t take many influencers spreading bad reviews on social media to affect a company’s brand reputation.

Keep an eye on your apps

AppDynamics was founded in 2008 to provide digital companies with a way to monitor and optimize their real-time business performance. Its Application Intelligence Platform was unique, in that it used digital agents and bots to track the source of slow-downs across the entire application ecosystem.

The company received several successful rounds of filing, and by 2017 it had an established product portfolio underpinned by the enhanced Application Intelligence Platform. Its strategy was simple: “Applications are really becoming the foundation of the modern business, and understanding the performance of those applications, the users, the application, the business metrics themselves is critical, as this really signifies the brand for most companies,” said Thomas Wyatt, chief product officer at People.ai and previous chief strategy officer at AppDynamics.

Hopes for a rebirth in tech initial public offerings were kindled when AppDynamics filed for an IPO in 2017. Then, just one day before its market debut, Cisco Systems Inc. acquired the company at a massive $3.7 billion price tag. This was more than twice what it had been estimated to gain from its IPO. The surprise switch even had some wondering if AppDynamics had pulled a “classic M&A fake” to lure potential buyers. 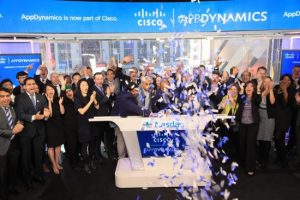 It was a bold move. Cisco is known for its aggressive acquisitions policy, but at the time, the company was undergoing an internal restructuring as it prepared to take on the cloud market. Rowan Trollope, then senior vice president and general manager of internet of things and Applications at Cisco justified the strategy, saying, “We acquired AppDynamics because they are a market leader in a category that will be a cornerstone for how enterprises drive their business forward, Together, AppDynamics and Cisco will be the only company that can deliver complete visibility spanning from the infrastructure to application to end user.”

The prediction was sound. In the year after Cisco purchased AppDynamics, the Application Performance Management Software Market grew 13.4% to annual revenue of $4.3 billion. From $4.3 billion in 2018, the market grew to $5.8 billion in 2019. In addition, research firm Mordor Intelligence predicts the market will continue to grow at 12% CAGR from 2020 to 2025 to a value of $11.43 billion.

But more important than a financial investment, AppDynamics has proved to be central to Cisco’s play in the complex market of hybrid and multicloud.

The company seems to have an uncanny knack for making purchases that chart the course of enterprise computing. Competing with the cloud-native tech giants has caused many traditional tech companies to struggle, and Cisco is no different. As software increasingly replaces traditional hardware, Cisco has expanded its portfolio in a way that supports its position as a leader in infrastructure while moving toward software-centric solutions.

The AppDynamics purchase was a ground-floor investment that cemented the company’s commitment to cloud-native architecture. Since then, Cisco has purchased companies with a view to combining their cloud-native savvy with its existing expertise. Some examples are software-defined networking startup Viptela Inc. and hyperconverged infrastructure vendors Springpath Inc. and Skyport Systems Inc.

With compute all but virtualized, cloud is moving to the next level in its quest to turn traditional hardware software-centric: Network virtualization.

“The public cloud itself now has become such a super-compute system that it’s like a massive computer. And, of course, a massive computer has massive networking,” said Saar Gillai, independent board director and chief executive officer adviser and former senior executive at Cisco Systems Inc. and Hewlett Packard Enterprise Co. 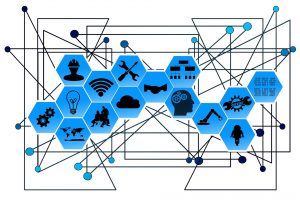 With edge computing, 5G, and WiFi 6 due to debut in 2020, next-generation networks hold the promise of fulfilling the potential of the internet of things.

“Traditional networking companies such as Cisco are hoping their strength in data centers and corporate networks along with newly developed and acquired 5G and other edge technologies can help them remain a mainstay in enterprises as they rethink their networks,” stated Wikibon’s Paul Gillin in a special report on NextGen Networks for SiliconANGLE.

Once again, AppDynamics is helping Cisco join the dots. Over the past three years, Cisco has been integrating AppDynamic’s technology throughout its portfolio.

“The whole point now is about multidomain and actually connecting the different layers of the technology stack to produce insights,” said Winokur. “The winners in an experience-driven world are those that can implement with velocity, not break things, and deliver well-designed, beautiful experiences.”

AppDynamics has made several key changes in its offerings over the past three years. And all have the common focus of supporting Cisco as it reboots for a hybrid and multicloud world.

Rather than focusing on monitoring performance at the application level, the platform has adapted to the needs of the digital business by providing common tools across the technology stack. “As changes in the market push [teams] to work together, they need common tooling and common data sets,” Winokur said.

As part of this shift, AppDynamics updated its platform to provide Kubernetes monitoring. Integrating the machine-learning technology of Cisco acquisition Perspica Inc. led to the creation of the Cognition Engine. And Experience Journey Maps provides end-to-end visibility into the customer journey as they navigate through an app.

Strategic acquisitions are the not-so-secret game plan that have kept Cisco relevant as other tech pioneers have fallen by the wayside. And AppDynamics is a lynchpin, keeping the company in a strong position to remain top of the heap as network joins compute in the virtualized world of cloud.

“This is about Cisco setting the table,” said John Furrier, co-host of theCUBE, SiliconANGLE Media’s mobile livestreaming studio, during his opening day analysis of the 2020 Cisco Live EU event. “To me, the top story so far is that Cisco is not going to yield to the big cloud guys. They are, brick by brick, rebooting their products to be cloud-enabled for hybrid and then ultimately multicloud.”