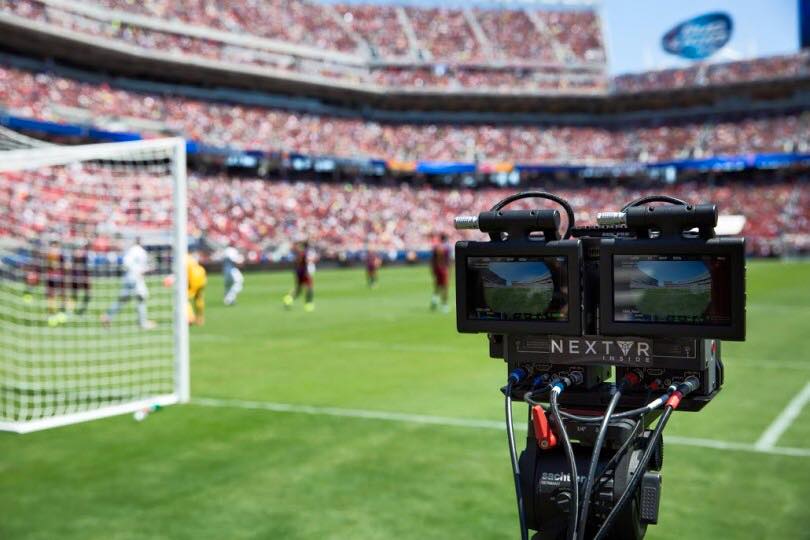 Apple Inc. is reportedly close to acquiring a virtual reality company called NextVR Inc., which specializes in creating VR video content based on special events such as sports matches and musical performances.

NextVR, based in Orange County, California, creates VR content that can then be viewed on consumer headsets such as Facebook Inc.’s Oculus, the PlayStation VR and others.

9to5Mac reported Saturday that the companies are still holding talks about the deal, which could be worth about $100 million. It also says that a shell company owned by Apple is preparing to hire the majority of NextVR’s engineering team, and that employees will be required to relocate closer to Apple’s headquarters in Cupertino once the deal is finalized.

One reason for Apple’s interest is that NextVR reportedly failed to secure a Series C funding round in early 2019, which led to 40% of its workforce being laid off. 9To5Mac reported that the company’s potential investors were scared off by a growing interest in augmented reality tech startups that could potentially rival NextVR.

Apple may also want NextVR for its patented technologies. The company is said to hold more than 40 patents around VR and related technologies, including one that enables it to upscale live video streams.

Then again, Apple’s motivation for buying NextVR could be a lot more straightforward, Pund-IT Inc. analyst Charles King told SiliconANGLE. He speculated that Apple might simply be trying to grab a share of the emerging market for VR-focused sports and music events for itself.

“Along with developing its own unique IP and technology assets, NextVR has also inked production deals with numerous sports and entertainment organizations, as well as partnerships with other VR headset and technology partners,” King said. “Rather than spend tons of cash on trying to capture the VR market with a dominant headset and platform, as Facebook did with its $2.3 billion deal for Oculus, NextVR has worked on creative collaborations to ensure itself a piece of the larger VR pie.”

According to King, it’s a strategy seems to fit well with Apple’s traditional approach to the entertainment and media markets. And it could potentially be an extremely lucrative one if the COVID-19 pandemic continues to disrupt public gatherings for the foreseeable future, King said.

The deal could also help Apple to fulfill its much newer content ambitions, said Holger Mueller, a vice president and principal analyst at Constellation Research Inc.

“But the question is, will Apple’s foray into VR be in support of other hardware platforms, or will it try to keep whatever new capabilities it develops exclusively for iOS and MacOS devices, as in the past?” Mueller said. “Apple’s content ambitions can realistically only reach their full potential if it goes beyond its traditional platforms.”

Apple’s interest in VR and AR is certainly no secret, with rumors flying around for years that it’s working on some kind of headset that incorporates the technology. And Apple has already made acquisitions in the space, notably buying a Canadian VR startup called Vrvana Inc. for $30 million in 2017.

Apple also owns a number of patents of its own that relate to VR and AR, which cover both hardware and systems for creating and displaying content. In addition, Apple was reportedly interested in buying the British device manufacturer Plessey Semiconductors Ltd., which makes microLED-based displays for AR headsets. That deal fell through, however, and Plessey ultimately made a big commitment to Facebook Inc. instead.

In terms of actual products, Apple has previously released a framework called ARkit that’s used by developers to add AR functions to their iOS apps.