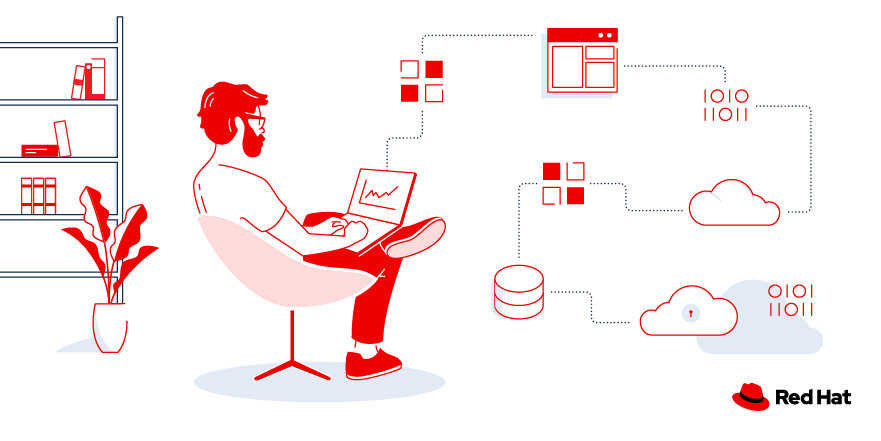 by Kristen Nicole and Cheryl Knight

With new leadership and unprecedented challenges, Red Hat Inc. finds itself in the unique position of strengthening its business to survive a global pandemic and grow its open-source software efforts to help customers do the same. Now the company seems prepared to fight the battle on both fronts, even when that means moving forward with its annual summit, now gone digital.

What started as a forum to interact with customers and developers has “turned into a celebration,” according to Paul Cormier, Red Hat’s newly appointed chief executive officer. “We didn’t think that celebration part this year was really appropriate considering where we work, but we all still have a job to do — we’re all doing them remotely.”

In a special preview for the upcoming Red Hat Summit Digital, Cormier recently spoke with Stu Miniman, host of theCUBE, SiliconANGLE Media’s mobile livestreaming studio. The two discussed what participants can expect (and not), as well as how Cormier plans to help Red Hat customers maintain business operations as the world faces a disrupted economy and work-from-home orders due to social distancing mandates established to slow the rampant spread of the novel coronavirus. (* Disclosure below.)

For starters, Red Hat is downplaying any hoopla often associated with vendor conferences, making the somber choice to not make large product announcements at the Summit itself. Instead, the digital event will focus on the Red Hat’s ever-supportive community, with hopes to demonstrate not only the company’s plan to get through the economic turbulence caused by COVID-19, but how Red Hat can assist its customers in doing the same.

“We’re running many of our customers’ businesses, so we felt it was really important to put this [event] out there to have our customers understand where we’re going in the coming year, some of the new products we have coming, and how we can help them,” Cormier said.

One such product is Red Hat Enterprise Linux, the widely used distribution of the Linux operating system that’s helped bring open-source prowess to enterprises’ multicloud computing environments. Red Hat is banking on its RHEL 8.2 version — the beta released in January and formally debuted this week — to put it front and center as the platform of choice in the enterprise.

It’s part of Red Hat’s new journey now that it’s under the IBM Corp. umbrella as the dust settles from the whopping $34-billion acquisition finalized in July 2019. Also under new leadership, IBM is making known its revamped efforts to regain ground in the public cloud computing market with significant influence from Red Hat. IBM’s newly appointed CEO Arvind Krishna is the former senior vice president of cloud and cognitive software at IBM and is credited for architecting its acquisition, while Big Blue’s new president is Jim Whitehurst, Red Hat’s former CEO.

Officially taking the reins after Ginni Rometty stepped down on April 6, Krishna discussed the company goals for multicloud in a recent interview with CNBC: “This combination is then going to allow us [to leverage] all the Red Hat technologies, because we do believe that as people embark on this transformation to cloud there is going to be an architectural war. And that war, we believe, the winning architecture is going to be Linux containers and Kubernetes.”

Central to its multicloud mission is Kubernetes, the open-source system for automating the deployment and scaling of containerized applications. Enter Red Hat’s OpenShift, the popular platform for orchestrating Kubernetes deployments. This is a notable area of interest and maturation for IBM and Red Hat, as competition begins to heat up from other public cloud providers and industry players.

For instance, while some customers use VMware with OpenShift atop, VMware’s latest vSphere 7 release debuted Kubernetes support, which now gives VMware users a common platform for running both Kubernetes/containerized workloads and virtual machines at the same time. Ongoing efforts with RHEL 8.2 and OpenShift keep Red Hat competitive with its own Kubernetes virtualization offering.

Despite the competitive nature of overlapping capabilities in a multicloud world, it’s these shared computing environments that put Red Hat in a strong position to help its customers modernize their businesses. This is because of the company’s combined infrastructure across the RHEL operating system and OpenShift’s Kubernetes lineup, in addition to its prowess in application modernization supporting middleware and Java, as well as its automation platform Ansible.

Strong partnerships across the public cloud sector keep Red Hat deeply integrated into what might otherwise be considered rival ecosystems, all the while maintaining a strong lead in open-source innovation and pragmatic execution for the enterprise.

Red Hat’s role in IBM’s broader playbook was reiterated this week during IBM’s first-quarter earnings call, where Big Blue saw revenue decreased 3.4% on an annualized basis. However, IBM’s Cloud and Cognitive Software business, which includes Red Hat, generated $5.24 billion in revenue, which is up 5.5% year over year. Red Hat’s revenue increased 18% on a normalized basis during that time, and IBM attributes $1.1 billion in revenue to Red Hat, up 20% from a year ago.

We offer you various ways to watch the live coverage of the Red Hat Summit 2020, including theCUBE’s dedicated website and YouTube. You can also get all the coverage from this year’s events on SiliconANGLE.

The Red Hat Summit 2020 is a livestream event, with additional interviews to be broadcast on theCUBE. You can register for free here to access the live coverage. You can also watch it on theCUBE’s dedicated page and YouTube channel.

(* Disclosure: TheCUBE is a paid media partner for the Red Hat Summit 2020 Virtual Experience. Neither Red Hat nor other sponsors have editorial control over content on theCUBE or SiliconANGLE.)