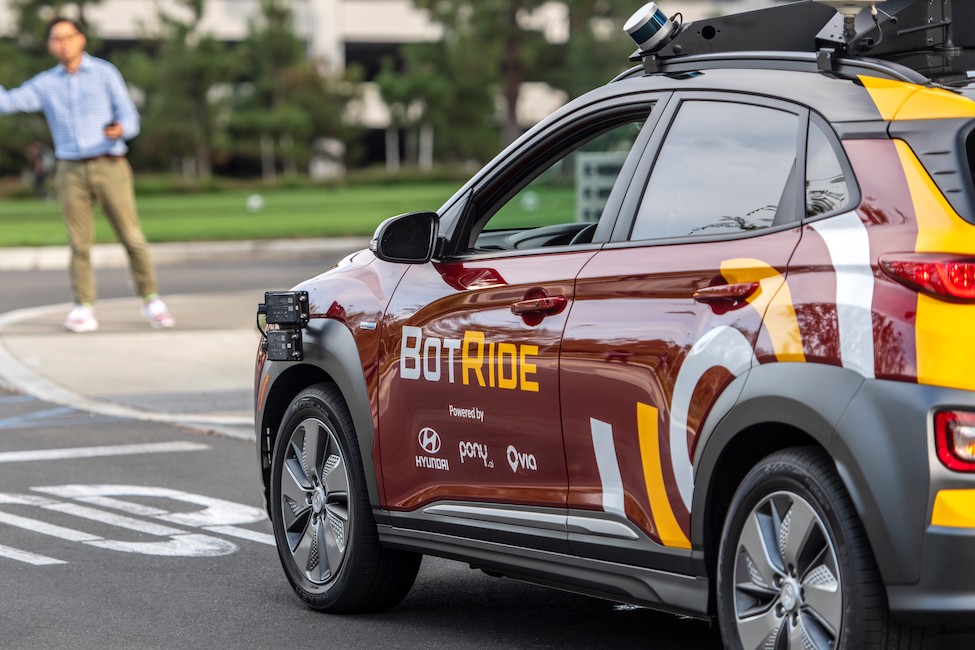 Pony.ai, which maintains offices in Guangzhou, China, and California, makes an autonomous driving system called PonyAlpha aimed at facilitating driverless operations. The company says its systems combines cameras with sensors such as radar and lidar, plus artificial intelligence software to spot objects at distances of up to 200 meters, and can be fitted onto regular cars and trucks.

The company, founded back in 2016 by ex-Baidu Inc. Chief Architect James Peng, is thought to be one of the leading firms in autonomous driving, with a sizable ecosystem of auto industry partners working with it to fine-tune its systems. They include Toyota, which partnered with Pony.ai on a pilot project in which its technology was installed in a fleet of Lexus RX vehicles to offer rides to consumers.

It has also partnered with Hyundai Motor Co. on a ride-hailing pilot project in California, and with Robert Bosch GmbH on autonomous vehicle maintenance. The company is one of the few autonomous driving startups to have secured a robo-taxi operations permit from the California Public Utilities Commission, alongside Cruise, AutoX Inc., Aurora Innovation Inc., Voyage Auto Inc., Waymo Inc. and Zoox Inc.

Pony.ai is aiming to build “level 4 autonomous cars,” which are vehicles that can operate without any human oversight under certain conditions in predictable environments such as college campuses, small towns and industrial parks.

Pony.ai faces some fierce competition in the nascent self-driving car market, with rivals such as Cruise, Nuro Inc., Waymo and Argo AI LLC all raising more than a billion dollars in funding themselves. And other rivals, such as Aeva Inc., are looking to the stock market as a means to raise more cash.

Perhaps Pony.ai’s biggest advantage, then, will prove to be its Chinese connections. Pony.ai is one of the few companies that has been able to secure a license to test its vehicles on the streets of Beijing. The company has also teamed up with Hyundai and Via Transportation Inc. on a service called BotRide in the Chinese city of Nansha. BotRide makes it possible for people to hail autonomous Hyundai Kona electric SUVs via a mobile app. It currently operates a fleet of 10 cars with human safety drivers behind the wheel.

Finally, Pony.ai is said to be working with Chinese automobile manufacturers including FAW Group Corp. and GAC Group to develop its own level 4 robo-taxi vehicles.