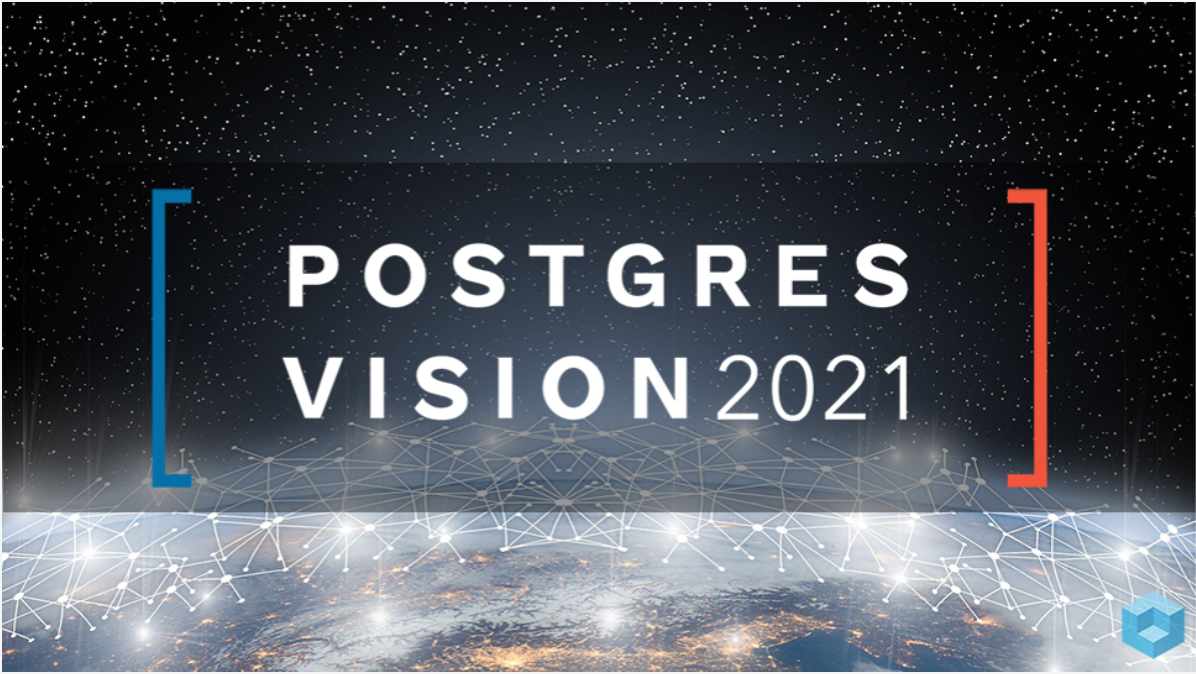 When the preliminary design of Ingres, the forerunner to PostgreSQL, was first tested at UC Berkeley, the president of the United States at the time was a man named Richard Nixon and tech pioneers Steve Jobs and Bill Gates were still teenagers.

That a database technology has this kind of longevity is testimony to the quality of its design.

Ingres was the first working relational database system originally co-created by Michael Stonebraker and Eugene Wong in 1974. It was envisioned by the two engineers as a way to broaden the scope of the relational database. Nearly half a century later, database companies such as EnterpriseDB Corp., which was rebranded to EDB in mid-2020, and others in the open-source community are seeking to continue that legacy.

The world’s top PostgreSQL experts will explore what’s ahead for the database’s future and its impact on the global business community during Postgres Vision 2021. TheCUBE’s coverage of the event begins at 8:30 a.m. ET on June 22 and will run through 5 p.m. ET on June 23. Event speakers will include Jeremy Wilmot, chief product officer of ACI Worldwide; Ed Boyajian, president and chief executive officer of EDB; Priyanka Sharma, general manager of the Cloud Native Computing Foundation; Suzette Kent, former U.S. federal CIO and business executive; and Bruce Momjian, vice president and Postgres evangelist at EDB. (* Disclosure below.)

The staying power of Postgres has a lot to do with the options it makes available to developers and a long track record of being a safe and reliable database.

A StackOverflow developer survey in 2020 placed it just second in popularity behind MySQL, the database management system used for simpler website applications, whereas PostgreSQL can take on more complex business applications. Specifically, its full text search capabilities, the suitability for working with data and an ecosystem of extensions enabling expansion and evolution make PostgreSQL so useful.

“I’d also say there is true software engineering within Postgres,” said developer Craig Kerstiens, in a Twitter post. “A lot of software isn’t engineering. Not saying some SaaS app that helps order lunch is bad, but calling it engineering in the dictionary sense is a stretch.”

Postgres has proven to have broad enterprise appeal. EDB, the privately held provider of software and services based on Postgres and a noted contributor to PostgreSQL reports a customer base that includes 28% of the Fortune 500 and 22% of the Fortune 100 companies. Postgres powers flower bulb inspection, Mastercard’s global transactions, ACI Worldwide’s payments solutions and operations for the U.S. Army. DB-Engines.com named PostgreSQL database management system of the year 2020.

“PostgreSQL has a large community that continues to expand across various industries,” said Noel Yuhanna, VP and principal analyst at Forrester Research Inc., in an interview with SiliconANGLE. “The key reason why customers like it is because it has good relational capabilities. It offers good support for transactions, security, SQL data access and data processing, allowing developers to build and support all kinds of business applications and insights.”

The emergence of Postgres as a popular choice among developers comes at a time when databases are gaining a significant level of enterprise influence, running multiple tasks, from event streaming to analytics and transactions. For this reason, there are also a growing number to choose from.

The latest ranking from DB-Engines.com catalogues well over 300 databases serving enterprise needs, ranging from MySQL, Postgres and Oracle to Project Voldemort and Yaacomo. EDB Chief Technology Officer Marc Linster makes the point that with so many databases to choose from enterprises need to be careful about creating silos of functionality.

“Understanding the fit for function and then standardizing on that is extremely important,” Linster explained in a recent interview. “Postgres is not a panacea, but it meets more than 80% of the needs. Anybody who claims that their database solves all problems is lying to their customers.”

To meet 80% of customer needs, EDB knows that Postgres must continue to innovate and improve. In November, the company released EDB 13, which included a number of highlights designed to extend Postgres with enhanced usability, security and compatibility within the enterprise IT environment.

The latest enhancements simplified management of large Postgres deployments and strengthened encryption options for Transport Layer Security and authentication. The company also recently sent signals that its fall release would include a focus on JSON, graph and time series data as a way to encourage use of a common SQL standard in a single database.

Simplification has been the mantra for many IT organizations in recent years, and EDB has been mindful of this need as well. EDB and a number of contributors in the open-source community have been sharply focused on making Postgres easier to experience and consume, according to Ed Boyajian, chief executive officer of EDB, in a recent interview.

“This has been a priority for the company,” Boyajian said. “It’s helping new users get comfortable and get into the Postgres ecosystem faster and easier.”

EDB’s acquisition of 2ndQuadrant Inc. last year highlighted its interest in continuing to grow its roster of Postgres experts to address key enterprise opportunities. The team at 2ndQuandrant has been contributing to Postgres for nearly two decades, and the company’s CEO – Simon Riggs – viewed the merger as a chance to target new solutions in hybrid cloud and analytics.

The progression of Postgres from its Ingres roots in the 1970s, to its first implementation in 1986, to a place of prominence inside the enterprise world today is a journey of resilience. It’s a longevity success story in an industry where shifts in direction and tech disruption have become commonplace, and its future direction will be a saga worth watching.

“It’s an overnight success after 25 years,” said Tony Baer, principal at dbInsight LLC, in an interview with theCUBE. “It seems like it’s been around forever.”

Postgres Vision 2021 is a livestream event, with additional interviews to be broadcasted on theCUBE. You can register for free here to access the live event. Plus, you can watch theCUBE interviews here on demand after the live event.

We offer you various ways to watch the live coverage of Postgres Vision 2021, including theCUBE’s dedicated website and YouTube channel. You can also get all the coverage from this year’s events on SiliconANGLE.

(* Disclosure: TheCUBE is a paid media partner for the Postgres Vision 2021 event. Neither EnterpriseDB Corp., the sponsor for theCUBE’s event coverage, nor other sponsors have editorial control over content on theCUBE or SiliconANGLE.)