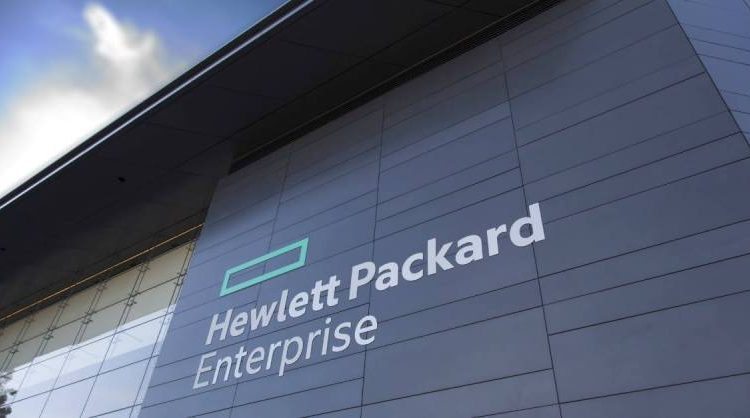 The GreenLake portfolio includes data center hardware products that enterprises can buy on a pay-as-you-go basis instead of purchasing everything upfront. GreenLake also features a large and growing selection of cloud services. It’s this latter component of the product portfolio that HPE is expanding.

The company today detailed HPE Backup and Recovery Service for VMware, a new GreenLake service that enables enterprises to back up on-premises virtual machines to the public cloud. The service doesn’t require buying any hardware. A cloud-based management console allows administrators to get started in three steps that take five minutes to complete, HPE says.

If part of the data that a company hosts on its on-premises infrastructure becomes unavailable because of a technical issue or a breach, HPE Backup and Recovery Service for VMware allows administrators to restore a backup copy of the lost records from the cloud.

The service doubles as a long-term data retention tool. Some organizations, particularly in regulated industries, are subject to rules that require them to hold onto certain records for years. They can use HPE Backup and Recovery Service for VMware to keep archived records in the public cloud.

Alongside the service, the company today announced that a second new data protection offering is joining the GreenLake portfolio as well. The new offering is an as-a-service version of the software that HPE obtained through its recent $374 million purchase of startup Zerto Ltd.

Zerto’s standout feature is a capability called continuous data replication. The platform can create a backup copy of a workload’s information every few seconds rather than every few minutes or hours as is the usual practice. If ransomware renders the data in an application inaccessible, companies can use Zerto’s technology to wind the application back to the state in which it was a few seconds before the cyberattack.

HPE said that Zerto and HPE Backup and Recovery Service for VMware will complement one another.

HPE Backup and Recovery Service for VMware is useful for companies that are looking not only to protect records from outages, but also to create long-term archive copies to meet data retention requirements. Additionally, the service provides features for optimizing the storage infrastructure on which data is kept to reduce costs. Zerto, meanwhile, can help protect a company’s most important applications to ensure no more than a few seconds’ worth of data is lost in outages.

“With HPE GreenLake for data protection, now customers can secure their data against ransomware, recover from any disruption, and protect their VM workloads effortlessly across on-prem and hybrid cloud environments,” Tom Black, senior vice president and general manager of HPE Storage, said in a statement. “At the same time, the right blend of disaster recovery, backups, and archive are auto-configured and auto-managed for protecting data and applications across on-prem, hybrid cloud and multicloud environments.

HPE Ezmeral Unified Analytics, one of the new additions, is billed as the industry’s first “modern analytics and data lakehouse platform optimized for on-premises deployment.” HPE says it can support data processing initiatives spanning the edge of the network to the public cloud.

The service is complemented by HPE Ezmeral Data Fabric Object Store. It’s a Kubernetes-powered object storage service in which companies can keep the information they’re processing as part of their analytics initiatives.

The two services are part of the HPE Ezmeral portfolio, a broad lineup of software products introduced last year. Another recent addition to the lineup is the HPE Ezmeral Marketplace that debuted in March. It’s a catalog that allows customers to access software from HPE partners to complement the features included out of the box.

In conjunction with the announcement of the new analytics services, the company today disclosed that HPE Ezmeral Marketplace now includes software from Nvidia Corp., PepperData Inc. and Confluent Inc., as well as open-source projects such as Apache Spark. Some 37 firms now offer software through the catalog.

“The $100 billion unified analytics and data market is ripe for disruption, as customers seek a hybrid solution for enterprise datasets on-premises and at the edge,” said HPE Chief Executive Officer Antonio Neri. “Data is at the heart of every modernization initiative in every industry, and yet organizations have been forced to settle for legacy analytics platforms that lack cloud-native capabilities, or force complex migrations to the public cloud that require customers to adapt new processes and risk vendor lock-in.”

HPE’s investments in cloud services are paying dividends. The company detailed today that GreenLake has 1,200 customers with contracts worth a total of $5.2 billion. During the third quarter, the product portfolio contributed to a 33% jump in HPE’s annualized recurring revenue.

HPE is doubling down on software services across multiple areas to support its recurring revenue push. Earlier this year, the company announced a plan to turn its multibillion-dollar storage division into a “cloud-native, software-defined data services business.” HPE’s Aruba networking unit, in turn, has been steadily enhancing its lineup of network management services.