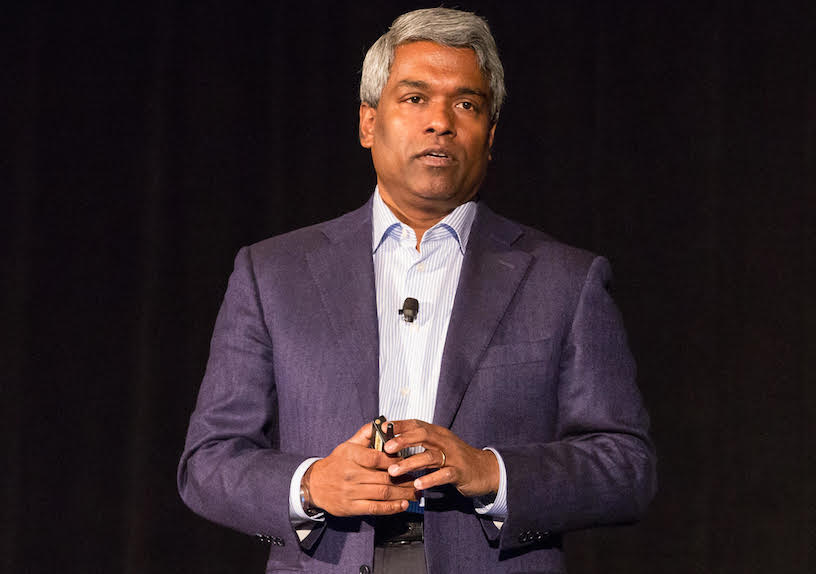 Google LLC is making its largest acquisition in the public cloud market with the intended purchase of business intelligence firm Looker Data Sciences Inc. for $2.6 billion in an all-cash transaction announced this morning.

The deal has the potential to help jumpstart Google’s efforts to compete better with much bigger public cloud leaders Amazon Web Services Inc. and Microsoft Corp. But Google provided few details about how the companies will fit together strategically, saying the roadmap will be rolled out after regulatory approval.

Google Cloud Chief Executive Thomas Kurian (pictured) said the company has “a lot of ideas about how to further integrate the products,” but wouldn’t elaborate beyond saying one of them is to enable voice recognition for BI queries. Looker will operate as an independent subsidiary and existing relationships with third-party data platforms and cloud providers won’t be affected, Kurian said.

Google sees the acquisition as a way to double down on its position as a provider of cloud-agnostic services as well as the success of its BigQuery cloud data warehouse, which Kurian called an “essential part of digital transformation.” The addition of Looker will give customers a common data model for all their data, augmented analytics and better ability to build collaborative data-driven applications across a variety of industries.

“We now have an end-to-end solution,” Kurian said. “Customers can ingest in batch, wrangle and pre-process data, understand unstructured data and serve it through Looker from both BigQuery and other data sources whether in the Google cloud, on premises or another cloud.”

New front in the cloud wars

Data warehousing and analytics is becoming a new battleground in the cloud platform market as providers take advantage of their customers’ rapid migration of big data workloads on-premises to cloud platforms. By capturing customer data for use in big data projects, cloud providers can sell a wider range of add-on services.

Looker’s appeal to business users gives Google another entry point to sell its growing line of analytics and artificial intelligence tools, said Maribel Lopez, founder and principal analyst at Lopez Research LLC. “They want to be on the radar of anybody in the organization who wants to do more with their data,” she said.

Today’s deal may touch off a flurry of acquisitions and consolidation in the cloud big data market, wrote Doug Henschen of Constellation Research. “It’s the first shot that will likely see Google buy more and, most likely, a competitive response from Amazon Web Services,” he wrote.

Microsoft has been investing in its Power BI platform and pricing it aggressively “knowing that there’s a payoff in bringing more data onto the cloud platform, making it stickier and driving ongoing storage fees,” Henschen wrote. “Watch for AWS to respond by building or buying an analytics and BI offering that’s more attractive and comprehensive than [its own] QuickSight, which has thus far, in Constellation’s estimation, failed to capture much market share.”

Looker’s BI and visualization capabilities are “an excellent complement to the BigQuery cloud data warehouse and the new Anthos hybrid-cloud offering,” said James Kobielus, a lead analyst at SiliconANGLE sister market research firm Wikibon. Anthos is a rebranded Google Cloud Platform that the company is positioning as a hybrid and multicloud engine.

“Looker gives Google Cloud a multicloud-agile BI offering that can bring together data from various [software-as-a-service] applications while enabling users to pull data from any public cloud or on-premise source,” Kobielus said. “This is exactly the sort of fill-in strategic acquisition that Google Cloud needed.”

Google is betting big on machine learning, a still-immature field in which customers must handle a lot of their own data governance and testing chores. “The pain of integrating multiple tools is real,” Lopez said. Looker buys Google a lead — albeit it a temporary one — in the race to build the most comprehensive AI toolset. “While customers may not want everything from one vendor, they can benefit from going with a vendor that has a bigger share of the pie than the others,” she said.

Founded in 2011, Looker has broken out of a crowded field of business intelligence startups by automating and simplifying much of the data extraction and preparation processes that have plagued earlier BI systems. The company’s cloud engine can query multiple sources directly and its visualization platform is optimized for sharing and embedding in other applications.

Looker has raised $280 million in funding, including a $103 million round six months ago. The two companies have a four-year-long sales partnership and share more than 350 joint customers. “A similar philosophy and direction makes this a good fit,” said Constellation Research analyst Holger Mueller. “It will be interesting to see how Looker will fit into Google’s other cloud analytics, machine learning and artificial intelligence services.”

The wait for that information may stretch on for months, given that tech companies are coming under increasing scrutiny from Congress and regulators over competitive practices. Kurian wouldn’t speculate about a timeframe for approval of the deal, but said he sees no compliance issues. “There are a large number of analytics tools, so we’re not concentrating the market, and all the other players have their own analytics tools as well,” he said.

In a post on his company’s blog, Looker CEO Frank Bien stressed that little will change for existing customers and partners. “Today’s announcement solidifies ours as well as Google Cloud’s commitment to multicloud,” he said. “Looker customers can expect continuing support of all cloud databases. Looker partners can expect to continue to work with us as they have before.”

Google, which is considered a distant third to AWS and Microsoft in the public cloud market, put a stake in the ground a year-and-a-half ago by hiring veteran Oracle Corp. executive Kurian as CEO. By now placing a $2.6 billion bet on Looker, “Google is showing a literal willingness to put its money where its mouth is,” King said.