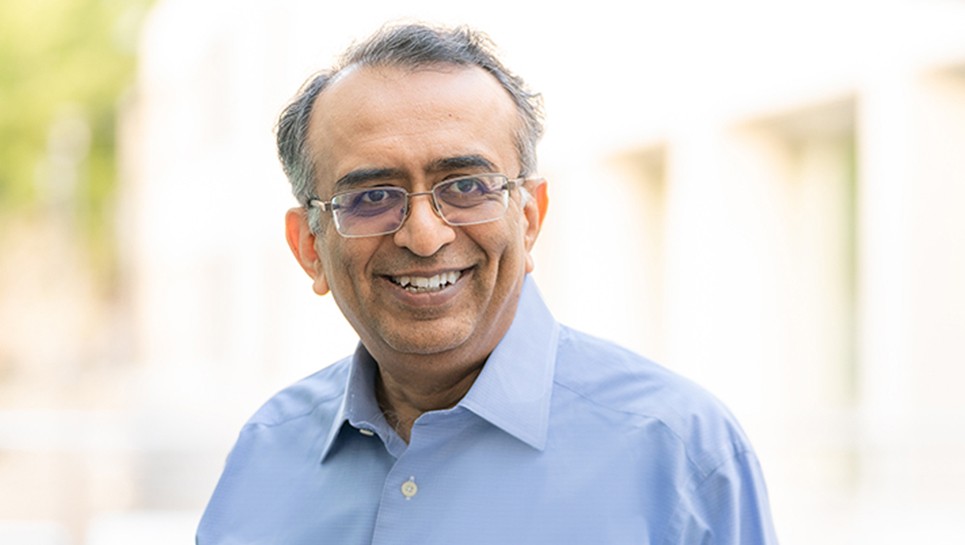 VMware Inc.’s fiscal first-quarter earnings report highlighted both the progress the company is making in moving to a subscription sales model and the surprising resilience of corporate data centers.

Revenues of $2.99 billion were better than analysts’ $2.95 billion estimates and earnings per share of $1.76 also beat estimates by four cents. Neither figure was a surprise, as VMware had previewed earnings when it announced the appointment of Raghu Raghuram (pictured) as chief executive two weeks ago.

The combination of subscription and software-as-a-service license revenue grew 12% year-over-year, and executives reaffirmed that the company is on track to make most of its major product offerings available either as subscriptions or SaaS by the end of the year. Its quarterly annual recurring revenue for subscription and SaaS jumped 30%, to $3 billion.

The biggest surprise was the 20% jump in product bookings for the company’s core data center products, a figure that belied the conventional wisdom that on-premises computing is in decline.

“We’re seeing strength because compute is such an important part of our multicloud portfolio,” Raghuram said. “Customers are deploying in the cloud, the data center and at the edge and they’re looking for platforms that best suit each of those needs.”

Raghuram said VMware is doubling down on its core compute portfolio in anticipation of a resurgence of demand. “We’ve accelerated our innovation in core compute not just with vSphere 7 but with partnerships like Nvidia where vSphere is the gold platform for enterprise AI,” he said.

Interim CEO Zane Rowe said the figures indicate that the customers are beginning to look at the pandemic in the rear-view mirror. “There’s a general sense of optimism we’re seeing that bodes well for the performance of our core products,” he said. “We are starting to see light at the end of the tunnel.”

Despite the strong results and raised expectations, VMware stock drifted down more than 1% in after-hours trading on the New York Stock Exchange.

The surge in data center business didn’t surprise Forrester Inc. Research Director Glenn O’Donnell. “Data centers have really suffered this past year because of the pandemic, cloud and other factors,” he said. “Now there’s a lot of pent-up demand as things start to reopen.”

Executives said VMware stands to gain more latitude when its planned spinoff from Dell Technologies Inc. closes later this year. “We have been working well with Dell over a long period of time and we have codified our relationship with a commercial agreement,” Raghuram said. “We expect the relationship will remain strong after the spinoff.”

However, VMware also expects to have more flexibility to deal with Dell competitors when it becomes independent again. “We expect the spinoff will allow us to continue our relationship with Dell but partner more broadly,” Rowe said.

O’Donnell called the company’s year-end target to shift to a full subscription model “aggressive” and probably not realistic across the full product line. “Some software should certainly be as a service, but is VMware going to sell vSphere as a service? That’s pretty much impossible,” he said.

Nevertheless, Raghuram said the shift will be a natural outcome of the company’s plans to shift the control plane for all products to the cloud. “We are taking all our on-prem offerings and making it possible to control them from the cloud,” he said. “As a result, all of our offerings will be able to be offered on a subscription or SaaS model.”