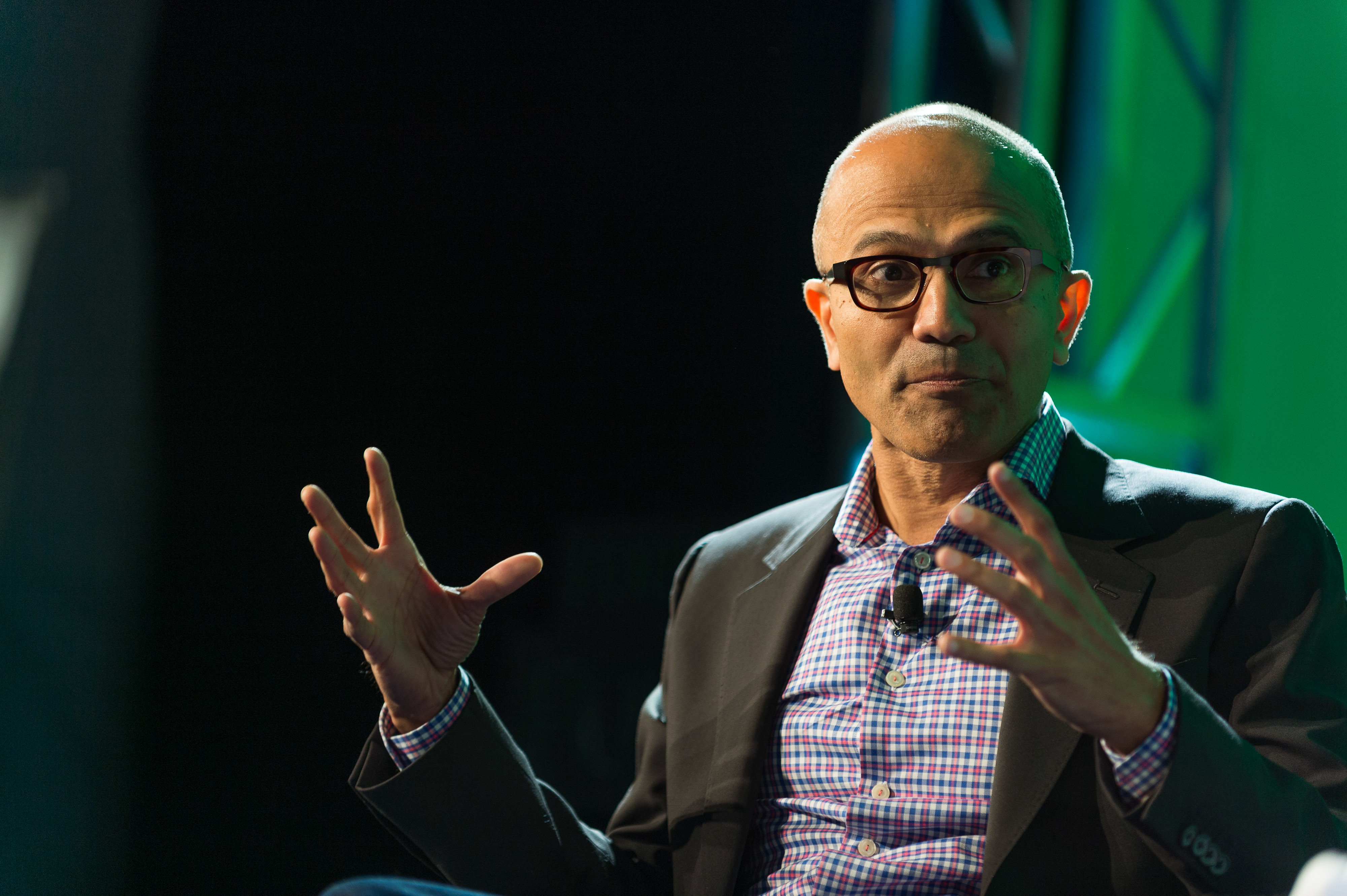 Microsoft Corp. delivered strong fiscal first-quarter earnings results Tuesday that exceeded expectations, with solid revenue growth across virtually all of its product lines, sending its stock up almost 5% on Wednesday.

Microsoft pulled in $20.5 billion in net income during the quarter, up 48% from a year ago.

Chief Executive Satya Nadella (pictured) said in a statement that the company’s strong performance came about because the digital technology it sells is a “deflationary force in an inflationary economy.”

“Businesses – small and large – can improve productivity and the affordability of their products and services by building tech intensity,” Nadella said. “The Microsoft Cloud delivers the end-to-end platforms and tools organizations need to navigate this time of transition and change.”

It was fitting that Nadella should mention cloud in his comments, because Microsoft’s Intelligent Cloud business was far and away the strongest performer. The segment delivered $16.96 billion in revenue, up 31% from the same period a year ago. Intelligent Cloud comprises sales from the Azure public cloud, enterprise services, GitHub, SQL Server, System Center, Visual Studio and Windows Server.

Although Microsoft doesn’t break out exact revenue for Azure, it said sales grew more than 50% year-over-year, beating analysts’ expectations of 47% growth, according to CNBC. Cloud growth was also stronger than what Microsoft itself had predicted. At the end of the fourth quarter, Microsoft Chief Financial Officer Amy Hood had called for Azure growth to be relatively stable in constant currency terms at 45%.

However, Azure revenue grew by 48% in constant currency. In a call with analysts, Hood said she now expects this growth to continue into the fiscal second quarter.

“We expect healthy broad-based growth in our Azure consumption business consistent with recent trends and our user business, while continuing to benefit from Microsoft 365 momentum to see a moderation of growth rates given the size of the install base,” she told analysts.

“It’s clear the demand for digital transformation and secure, cloud-based products across organizations in all sectors will continue to fuel Microsoft for its dominance in the cloud space,” McKenna said.

Elsewhere, Microsoft’s Productivity and Business Processes unit, which includes sales from Dynamics, Office and LinkedIn, added $15.04 billion in revenue, up 22% from a year ago. Meanwhile, the More Personal Computing unit, encompassing Windows, devices, gaming and search advertising, chipped in with revenue of $13.31 billion, up 12% from a year ago.

Microsoft Windows was a strong success during the quarter, with sales of Windows to device makers rising 10% during the quarter, even though data from researchers such as Gartner Inc. suggests personal computer sales growth had flattened over the same time frame. Interestingly, Microsoft believes Windows would have made even more money if not for “supply constraints” impacting the business.

Hood told analysts the company saw strong sales of commercial PCs and said she expects to see Windows sales to device manufacturers accelerate in the second quarter, with a growth rate in the low to mid-teens.

Pund-IT Inc. analyst Charles King told SiliconANGLE that Microsoft is once again firing on all cylinders and that new initiatives such as Microsoft 365 services, which are designed to replace many of its traditional boxed productivity suites, are squarely hitting their targets.

“That could explain one of the two segments where revenues fell substantially,” King said. “Office Commercial Products had a 13.3% decline, offset by a 23% gain in Office 365 Commercial revenues.”

The other soft spot, he noted, was revenue accruing from Microsoft Surface sales, which he said is a bit harder to parse. “It could relate to the same supply chain pressures and component shortages that other PC vendors have reported,” he said. “But at the same time, it isn’t uncommon for vendors to see sales drop when fresh offerings are about to be announced, as recently occurred with Microsoft’s new Surface Pro and Surface Go models.”

The optimism expressed by Microsoft executives throughout the call was made clear in its official guidance. For the second quarter, Microsoft said it’s looking for revenue of $50.15 billion to $51.05 billion, the midpoint of which is well ahead of Wall Street’s consensus of $48.92 billion.

Aside from selling more products and services, Microsoft had a pretty busy quarter with the acquisitions of security startups CloudKnox Security Inc. and RiskIQ Inc, plus the developer automation tools provider Clear Software Inc. The company also launched its first cloud PCs that can run Windows on any device, announced plans to hike its Office 365 subscription fees for the first time in a decade and launched new Surface devices as well as a new version of Office.